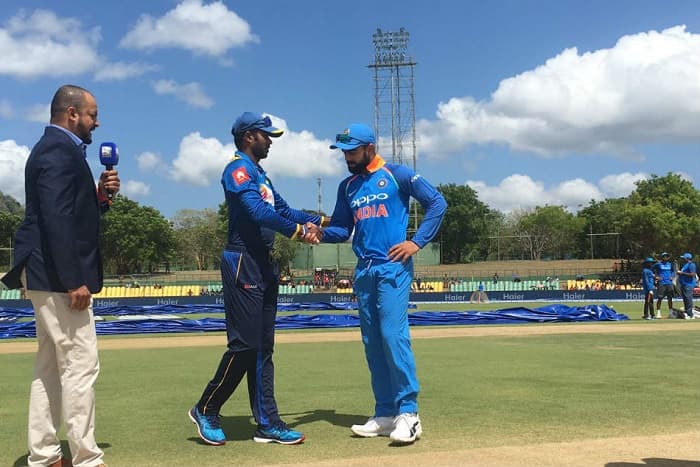 Meanwhile, the Sri Lankan team has not yet announced its squad for playing the One day International and T20. Few of its teams mates have injured themselves in the previous matches. Avishka Fernando has injured him at his quadriceps. They lost the last ODI match against Bangladesh which angered the fans. The match will begin at 3 PM IST.

With key members of the Indian squad still in England, the second string of Squad for the Indian Team was called by BCCI. The team for ODI and T20 against Sri Lanka is led by Shikhar Dhawan. The 20-member contingent has quite a few fringe players.

Rahul Dravid is appointed as the coach for the team playing in Columbo 2021. In the absence of Virat Kohli, the Indian cricket team will be led by Shikhar Dhawan with Bhuvneshwar Kumar as his deputy.

Who would win : India vs Sri Lanka 1st ODI Prediction

Before, making a few assumptions about which team might win the series ODI and T20 which will determine the selection of one of the teams in the upcoming 2023 ODI World Cup. Let’s look at the past records and results between the two teams,

IND vs SL head to head in ODIs

IND vs SL head to head in T20s

Historically, the matches played between India and Sri Lanka have all been nerve-racking for the fans. It is very difficult to conclude as to who could win. The previous matches’ tally shows the most wins by the Indian team. However, Sri Lanka gives a tough fight and turns the table. With the absence of Indian Captain Virat Kohli and the injury of Avishka Fernando, the probability seems 50-50.

Sony Sports Network has the broadcast rights to telecast the series in India. The ODI and T20I series will be broadcast live on Sony TEN 1, Sony TEN 3, Sony TEN 4, and Sony SIX. Sony SIX HD/SD with English commentary and Sony TEN 3 HD/SD with Hindi Commentary. SonyLiv app or website would be streaming the Live match for people using Mobile phones and gadgets.

Channel Eye will telecast the matches in Sri Lanka, while Willow TV will have the rights to stream the games in the US.

The Squad of Team Sri Lanka playing in the ODI and T20 Test matches has been announced.