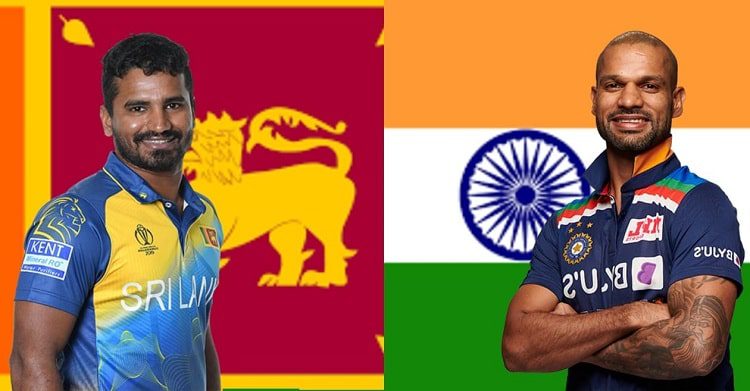 India’s tour of Sri Lanka 2021 will begin with three-match ODI series from July 18, 2021. Followed by the T20 series starting from 25th July 2021. the team to be led by Shikhar Dhawan for the three ODIs and three T20Is against Sri Lanka. The 20-member contingent has quite a few fringe players and will be coached by Rahul Dravid on the tour.

Sri Lanka is yet to declare their squad with contract issues delaying the announcement and prompting speculation that they themselves might field a second-string side. Sri Lanka comes off the back of an England tour where they lost all matches until the last one was washed out.

The match got rescheduled from 15th July to 18th July 2021. Check out the entire schedule for the upcoming ODI and T2o match played against India and Si Lanka. the schedule includes slots and times according to IST, GMT, and Local. All matches are to be held at R.Premadasa Stadium, Colombo.

Sony SIX HD/SD with English commentary and Sony TEN 3 HD/SD with Hindi Commentary. Sony LIV will live stream the ODI and T20 matches played between India and Sri Lanka. Doordarshan will live telecast the India tour of Sri Lanka limited-overs series on its terrestrial network and its D2H platform.

Where to watch Live Streaming India tour of Sri Lanka 2021 ?

Sony Sports Network has the broadcast rights to telecast the series in India. The ODI and T20I series will be broadcast live on Sony TEN 1, Sony TEN 3, Sony TEN 4, and Sony SIX. Live streaming of the matches will also be available on the Sony Liv app. Channel Eye will telecast the matches in Sri Lanka, while Willow TV will have the rights to stream the games in the US.

The ODI series is also a part of the ICC World Cup Super League, which will determine the top seven teams for the ODI World Cup 2023 in India. This T20 series is being seen as preparation for ICC T20 World Cup 2021, to be played in UAE and Oman later this year.