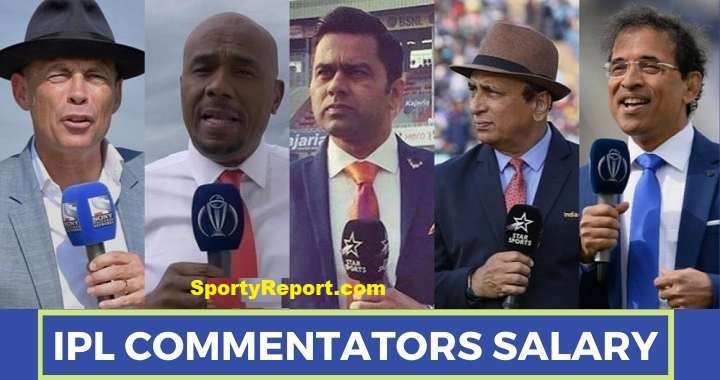 The Indian Premier League is a Twenty-20 cricket tournament established with the aim of promoting cricket in India and thereby nurturing young and talented players. It is the most come out cricket league in the world and rank sixth among all the sports league. In 2010 the IPL became the first sporting event in the world to be transmitted on YouTube. Check Here IPL 2021 Commentators Salaries and Cricket Commentators Salaries.

There were thirteen seasons of the IPL match. The current IPL title holders are the Mumbai Indians, who won the 2020 IPL. The location for the 2020 season was moved due to the COVID-19 pandemic and sports were played in the United Arab Emirates. The Indian Cricket League (ICL) was established in 2007, with sponsor-provided by Zee Entertainment Enterprises.

This is the 14th season of IPL for which there is great enthusiasm among the viewers as they have already missed the 13th season on the ground. Indian Premier League IPL 2021 is been scheduled from 9th April till 30th May. This is the big game in India that derives great pleasure from the audience. Cricket Commentators play an essential role during the match to make it even more exciting. However, the commentators narrate the match ball by ball. They are paid as per the match and have a huge figure of annual salary.

The IPL has 3 categories of Commentators due to a multilingual audience which are the English panel, Hindi panel, and Dugout.