UCL 2021/22: Inter Vs Liverpool, Betting Predictions, Where To Watch?

Inter Vs Liverpool will be a great game between two teams eager to win this game and push through to the next round, though the visitors will have an advantage. 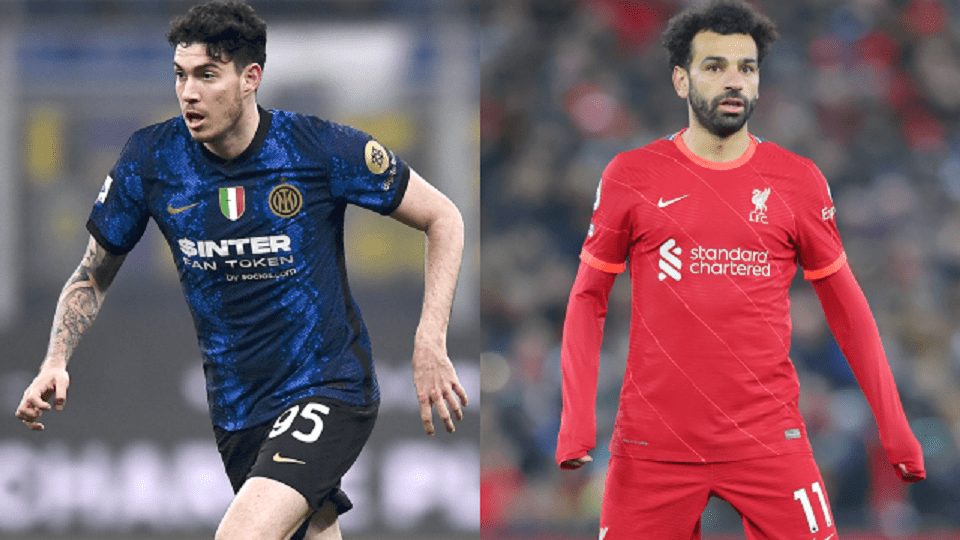 Inter vs Liverpool, where to watch?

Because of thigh ailments, Inter Milan will be without Joaquin Correa and Robin Gosens, while Nicolo Barella is suspended following his red card against Real Madrid in their last group game. The inclusion of January newcomers Gosens and Felipe Caicedo is made possible by the fact that Aleksandar Kolarov has been ruled ineligible to play after being dropped from the team’s Champions League squad. Stefano Sensi, who joined Sampdoria on loan earlier this month, is the other player to be released.

Alessandro Bastoni is presently serving a domestic ban, but the Italian is available to play in midweek and is anticipated to replace Federico Dimarco on the left side of a back three, which will also include Stefan De Vrij and Milan Skriniar as the starting midfielders. In attack, Edin Dzeko, a former Manchester City striker who has netted in each of his previous three outings versus Liverpool, is expected to lead the line with Lautaro Martinez, with Alexis Sanchez a possible substitute option off the bench.

With Barella out of the picture, Arturo Vidal, who has appeared in only five games this season, is anticipated to step in to replace him in central midfield, joining Marcelo Brozovic and Hakan Calhanoglu in the midfield.

As for Liverpool, Klopp may elect to make one or two changes to his starting line-up following last weekend’s victory at Turf Moor, with the likes of Thiago Alcantara, Naby Keita, and James Milner all vying for a spot in the midfield with Jordan Henderson and Fabinho, among others. Diogo Jota, who started on the bench against Burnley after suffering a dead leg in the build-up, should be in contention to start.

As a result, the Portugal international could replace Roberto Firmino in the starting XI, joining Mohamed Salah and Sadio Mane in a potent front three, with January acquisition Luis Diaz expected to start on the bench. Alisson Becker will be protected by a back four consisting of Trent Alexander-Arnold, Joel Matip, Virgil van Dijk, and Andrew Robertson that is expected to remain unchanged.

Despite the fact that Liverpool will be heavy favourites to win on Wednesday, Inter Milan will be confident in their ability to secure a first-leg advantage in front of their own supporters. Despite the fact that they have conceded in each of their previous four Champions League away games, Liverpool should have enough quality in the final third to outscore their opponents and return to Anfield with a slim advantage.