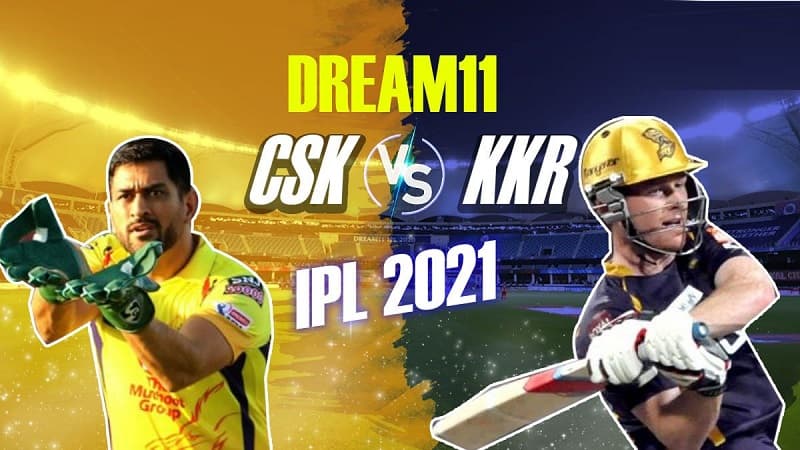 The final match of the 2021 IPL will be played on Friday, 15 October 2021 in Dubai International Stadium in Dubai. Chennai Super Kings will be making their 9th appearance in the Finals whereas Kolkata Knight Riders will be playing their Third Finals. Check IPL 2021, Final: CSK vs KKR Dream 11 Prediction, Fantasy Cricket Tips, Playing 11, Pitch Report, and Injury.

Chennai Super Kings is led by Mahendra Singh Dhoni and has won the trophy 3 times. Kolkata Knight Riders have won the trophy 2 times and have a chance to equal their trophy count with Chennai. The KKR side is led by Eoin Morgan. Watch Today IPL Final Live Streaming In Hindi.

The stage is all set in Dubai for the Final Game of the 2021 IPL. Chennai will be taking on Kolkata for claiming the 2021 IPL Trophy. Let us have a look at the fantasy cricket predictions below

Chennai Super Kings– Ruturaj Gaikwad is in Destructive form in the second leg of the Indian Premier League. He is just 24 runs behind from becoming the Orange Cap holder for the 2021 Season and he will do his best to claim the Cap. Gaikwad has scored 603 runs in 15 matches at an average of 46.38.

Chennai Super Kings– Shardul Thakur is the star Bowler of the Chennai Super Kings. He is part of the Indian World T20 World Cup squad and will perform his best to get into the playing Xl. He has picked 18 Wickets in 15 matches with an economy of 8.75.

Kolkata Knight Riders– Varun Chakravarthy’s performance in the IPL has been very impressive. He is one of the favorites in the bowling section. He has picked 18 Wickets in 16 matches with an economy of 6.4.

The pitch in the Dubai International Stadium is a batting-friendly pitch. The average score here is between 165-170. Pacers might get some assistance towards the latter half of the match while spinners may come in handy in the middle overs. The team batting second has won more number of matches and both the teams will look forward to chance on winning the toss.

All the players are fit to play by far and are in a good condition. The column will be updated once official updates are made.