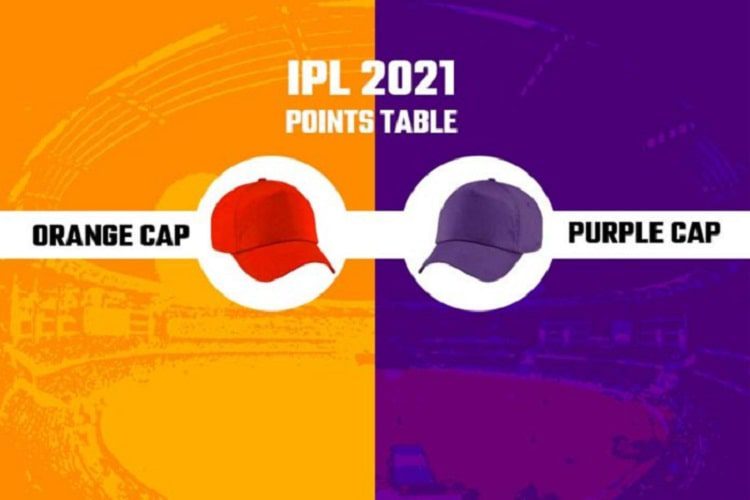 Indian Premiere League is one of India’s most followed cricketing league that is viewed widely amongst fans worldwide. This season marks the 14th season of IPL. After a break of six months the BCCI that is the management board of cricket in India announced its return in the month July. Let us check IPL 2021 Points Table, Team Standings, Rankings, Orange Cap and Purple Cap holders

It was decided that entire series will be played in UAE after all players have followed the protocols . All eight IPL franchises will commence its second phase from 19th September. The first match is scheduled to be against Chennai Super Kings and Mumbai Indians. Before the matches begin lets take a quick recap of all the points table and the awards that were given to the players.

Delhi Capitals, after registering their sixth win of the season, regained the top spot in the IPL 2021 Points Table. Chennai Super Kings (CSK) and Royal Challengers Bangalore (RCB), with 10 points each, are occupying the second and third place on the table.

Here is the table of the first leg of IPL. The points table that is mentioned below is according to the matches that were played before IPL was put to a halt. So take a look at it.

Delhi Capitals registered a comfortable seven-wicket win over Punjab Kings. Not Only this, Shikhar Dhavan and Shaw got their side off this season with a flaring start. Adding 63 runs without losing any wicket in the Power-play and took the game away from Punjab Kings. Mayank Agarwal, leading the side in absence of KL Rahul, guiding PBKS to a competitive 166 for six in 20 overs.

In the above table as mentioned the points of all teams, the ranks can be concluded also. Rajasthan Royals, who defeated bottom-placed Sunrisers Hyderabad earlier in the day, are fifth with six points, while PBKS are on sixth position with as many points. Kolkata Knight Risers, with four points, are seventh, while SRH who have won only one match this season so far are rock-bottom.

What do you mean by Orange and Purple Cap in IPL?

The Orange Cap in Indian Premiere League is the award for the top run-getter. It is an award that is juggled around from one batsman to another as the group stage of the IPL progresses along. It finally is awarded to the batsman with most runs at the end of the tournament.

The Purple Cap in Indian Premiere League is given to the bowler who takes the most number of wickets in an Indian Premier League season. The award has been a part of the tournament since its inception.

Here is the top 10 Orange Cap holder list as per the 2021 Indian Premier League . Take a quick look at it.