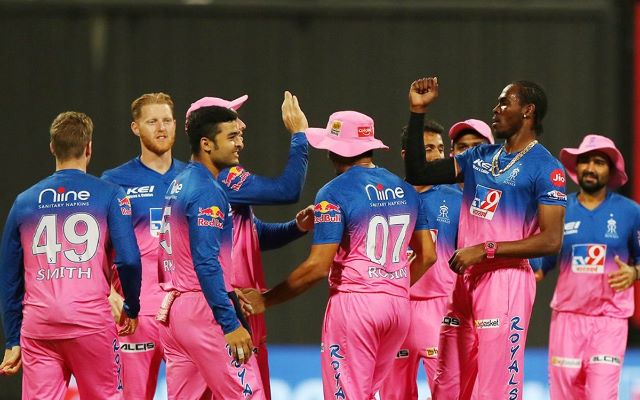 Rajasthan Royals (RR), is an Indian Franchise Cricket Team based in Jaipur, it plays for the Indian Premier League (IPL). It was founded in the year 2008 by the Board Of Control Of Cricket In India (BCCI). It was launched as part of the first eight cricket authorized teams for the Twenty-20 competitions to have happened in 2008. However, RR, bought by Emerging Media for $67 million.  It was the least expensive team among all eight of them. The franchise is currently owned and chaired by Manoj Badale and other investors include Lachlan Murdoch, Aditya S Chellaram, and Suresh Chellaram.

The Group acquired the franchise for $67 million. Rajasthan Royals (RR)is coached by Trevor Penney and the team’s native land is Sawai Mansingh Stadium in Jaipur. The name Rajasthan came from the noble state of Rajasthan. The logo of the team indicates royalty and team spirit. The Royals are known to unearth obscure, high potential. The team is captained by Sanju Samson.

Before the start of the inaugural season 2008 (IPL), many teams considered the RR as the weakest team in the IPL, giving them a chance of competing well in the tournament. Finally, in 2008 itself Rajasthan Royals (RR) won by 6wickets by defeating Kings XI Punjab. In 2015, Rajasthan Royals (RR) was banned for two years by the BCCI, with its owner Raj Kundra banned for life.

The team had started off well in this season by winning their first two matches. However, they ended this 2020 IPL season at the bottom of the points table after winning six out of fourteen matches and their bowler Jofra Archer was named as the valuable player of the season.

On 20 January 2021 the auction for the 2021 Indian Premier League, Rajasthan released eight players, including their captain Steve Smith; and on the same day, they also announced that Sanju Samson will be the captain for the 2021 season. This is the 14th season of IPL for which there is great enthusiasm among the viewers as they have already missed the 13th season on the ground. Indian Premier League IPL 2021 is been scheduled from 9th April till 30th May. Let’s Check out below is the Complete RR Team Squad.