IPL 2022: 3 Players That Kolkata Knight Riders Should Shortlist To Open The Innings With Venkatesh Iyer 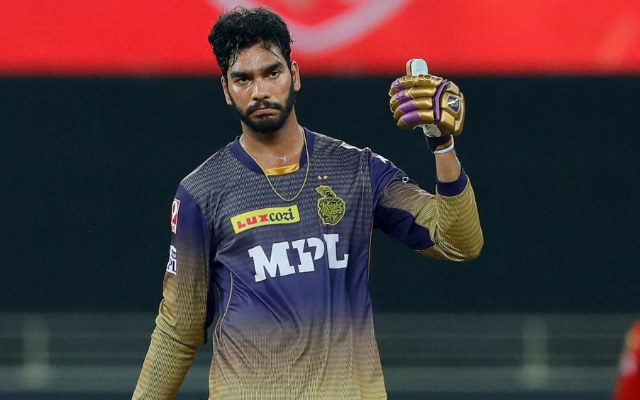 IPL 2022: Kolkata Knight Riders (KKR) will enter the IPL 2022 Mega auction in search of a proven opener to combine with Venkatesh Iyer at the top of the order, according to reports.

Furthermore, Iyer rose to prominence during the second phase of IPL 2021, collecting 370 runs in ten matches at an average of 41.11, including three fifties.

Riding on the strength of his outstanding batting efforts, the Knight Riders advanced to the final stage of the tournament before falling to the Chennai Super Kings in the championship match.

As a result of Iyer’s outstanding all-round performance, the Kolkata Knight Riders decided to keep the youthful all-rounder from Madhya Pradesh. They will, however, be on the lookout for another opener who can work with Venkatesh Iyer at the top of the order.

With a plethora of possibilities available, let’s take a look at three players that might get a chance to open the batting with Venkatesh Iyer in IPL 2022

The England cricketer is now regarded as one of the most potent hitters of the cricket ball in the world. In his prime, Bairstow can annihilate any bowling attack he comes across.

Having done it several times for England, the 32-year-old right-handed batsman has also shown his abilities while playing for the Sunrisers Hyderabad franchise. Bairstow has scored 1038 runs in 28 IPL appearances at an average of 41.52, including a century and seven fifties.

KKR would want a hard-hitting batsman at the top of the order, and Jonny Bairstow is the ideal candidate. The Kolkata franchise may target the Englishman in the IPL 2022 super auction if the base price is met. The England opener has a base price of 1.5 crores. Quinton de Kock is widely considered to be one of the top wicketkeeper-batters in the world at the moment.

Given that de Kock will be available for the full IPL season, he is a candidate that KKR will examine seriously. The 29-year-old is a seasoned customer who has been a vital part of the Mumbai Indians’ set up for the previous couple of years, serving as the team’s batting unit’s leader.

The southpaw has amassed 2256 runs in 77 IPL appearances, at an average of 31.33 runs per game and hitting one hundred and sixteen fifties in the process.

If KKR can sign Quinton de Kock in IPL 2022 Mega Auction, who is available for a basic fee of INR 2 crore, they would have solved their opening dilemma.

ICC Twenty20 World Cup 2021 participant Aiden Markram has managed to establish himself as a competent Twenty20 batsman after his previous achievements. The Proteas cricketer concluded the tournament as South Africa’s second-highest run-scorer, averaging 54 runs per match in his five appearances for the team.

Markram would be an excellent choice for Kolkata, who are searching for a batter who can adapt to the occasion and work well with Venkatesh Iyer. The 27-year-old is a traditional right-handed batsman, but he can alter gears and blast monster sixes.

Aside from that, he is a highly capable off-spin bowler who has a natural flair for breaking partnerships. He has previous experience playing in the IPL, having previously represented the Punjab Kings in IPL 2021.

Given his basic price of INR 1 crore, Markram would be an excellent acquisition for the Kolkata Knight Riders as a top-order batsman in IPL 2022.