IPL 2022: 3 Undervalued Star Players In The Marquee List That Rajasthan Royals Should Target 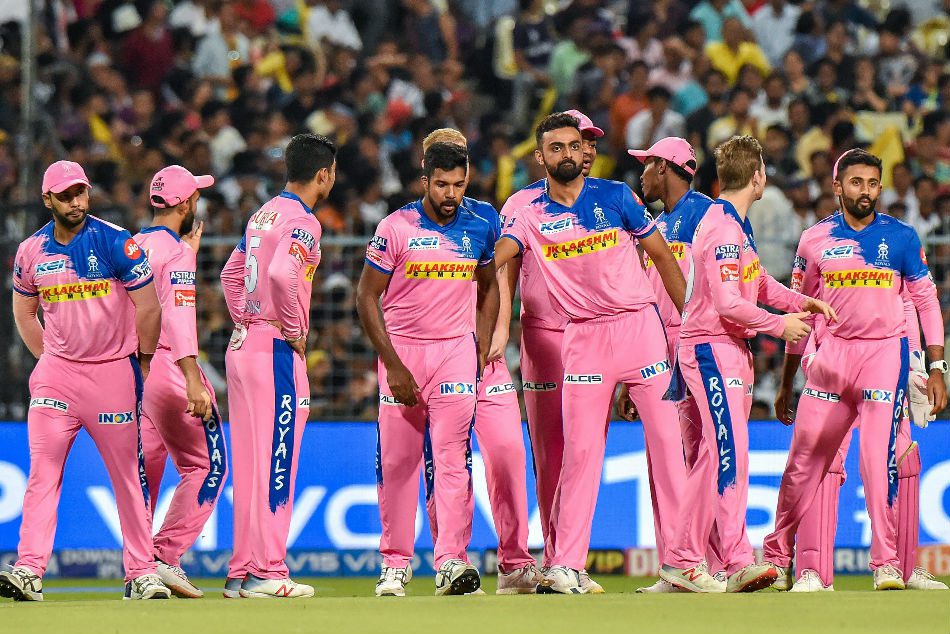 IPL 2022: Ahead of the forthcoming Mega IPL auction in 2022, the Rajasthan Royals have decided to keep three players – captain Sanju Samson, Jos Buttler, and Yashasvi Jaiswal – from last year’s squad. The first-year champions of the Indian Premier League finished seventh out of eight clubs after winning five of their 14 league matches in the previous season.

This time around, the Rajasthan Royals will be hoping to put up a dominant team with the money they have leftover from the previous season. The IPL 2022 Mega Auction will take place in just a few days. Days before the auction, the BCCI revealed a list of ten marquee players who would be available for purchase at a base price of Rs. 2 crores.

IPL 2022: On that topic, let’s take a look at three undervalued star players from the marquee list that the Rajasthan Royals could try to sign during the IPL 2022 Mega Auction.

Trent Boult was traded from the Delhi Capitals to the Mumbai Indians for a total of 3.2 crores during the trade window before the start of the 2013 season. With 25 wickets in that edition, he finished as the third most successful wicket-taker in the tournament. One of the highlights of his career was a Man of the Match performance (3/30) during the final versus his previous side, the Delhi Capitals in Dubai.

The New Zealander’s services will be auctioned off in the IPL 2022 Auction after being retained by Mumbai ahead of season 14 of the league.

The 32-year-old performed well for New Zealand in the ICC Men’s Twenty20 World Cup in 2021. As a result, he and Adam Zampa were tied for second place in terms of wickets taken, both having 13 to their credit.

The previous two seasons have seen the signing of many high-profile pacers such as Sheldon Cottrell, Pat Cummins, Riley Meredith, Jhye Richardson, and Kyle Jamieson to expensive contracts. Boult, on the other hand, is yet to obtain the compensation he merits at the IPL auction, despite his outstanding bowling abilities.

As of now, the Rajasthan Royals have not found a suitable international pacer who can produce regularly for them, except for Jofra Archer.

In Archer’s absence, Mustafizur Rahman (14 wickets) and Chris Morris (15 wickets) stepped up to the plate during the previous tournament. However, after releasing the injury-prone Archer and Mustafizur, it is past time for the club to locate a suitable foreign pacer who can perform continuously.

With his pace, controlled bowling, and consistency, Boult has a terrific capacity to tease hitters on the mound. As a result, he may be the most qualified contender to fill the crucial foreign bowling position for the Rajasthan Royals in IPL 2022.

Following the franchise’s return to the league in 2018 after a two-year absence, the team has won two championships in four seasons since then. Faf du Plessis has shown on both occasions why he is referred to as a ‘big-match player.’

In Qualifier 1 of the 2018 IPL versus Sunrisers Hyderabad, he assisted Chennai Super Kings in reaching the final despite the team being down to 92-7 at one point in the game.

His Man of the Match-winning 86 off 59 balls in the IPL final against the Kolkata Knight Riders in 2021 altered the course of the game completely. The batsman contributed to MS Dhoni’s team scoring a massive total of 192 runs, which they were able to defend and win their fourth IPL championship.

At the age of 37, he has shown that age is not an issue. He was the second-highest run-getter in the league the previous season, coming up only two runs short (633 runs) of the Orange Cap winner Ruturaj Gaikwad’s total.

Even in the currently-running Bangladesh Premier League, the former Proteas captain created an impression. He went on to the wicket during the second over, when the team was 4/1, and scored a match-winning 83* off 55 balls to give his side the victory.

To find a hitter, the Royals tried Heinrich Klaasen, Liam Livingstone, Ashton Turner, and David Miller. However, they want a dependable middle-order batter from outside the country who can provide strength and stability to the middle order.

Due to his versatility in terms of batting position, du Plessis can not only begin the innings but also play an anchoring role in the middle of the innings. As a result, he might be the ideal choice to bolster the Rajasthan Royals’ shaky middle order in IPL 2022.

When the Indian Premier League auction takes place in 2022, the Pretoria-born star should be rewarded with a rich deal.

Shikhar Dhawan scored 169 runs in the just-finished three-match One-Day International series against South Africa, making him India’s leading run-scorer in the series. Dhawan is known for hitting the ball hard and cleanly, and when he is in full flow with the willow.

The 36-year-old is just eight games away from reaching the milestone of 200 appearances in the lucrative league. He has accumulated a total of 5783 runs, which includes two centuries. Dhawan is a terrific top-order batsman who can get a game off to a good start by providing a much-needed spark.

Yashasvi Jaiswal has been retained by the Rajasthan Royals for IPL 2022. However, considering Dhawan’s extensive international and league experience, they must go for him instead.

Opening with Jos Buttler and Shikhar Dhawan may be the ideal combination for Rajasthan in IPL 2022, with the brilliant 20-year-old Jaiswal slotting in at number 3.

Meanwhile, Kumar Sangakkara, the Director of Cricket for the Rajasthan Royals, would welcome the addition of a player of Dhawan’s level to the team in IPL 2022. They had previously shared the same team, the Sunrisers Hyderabad.