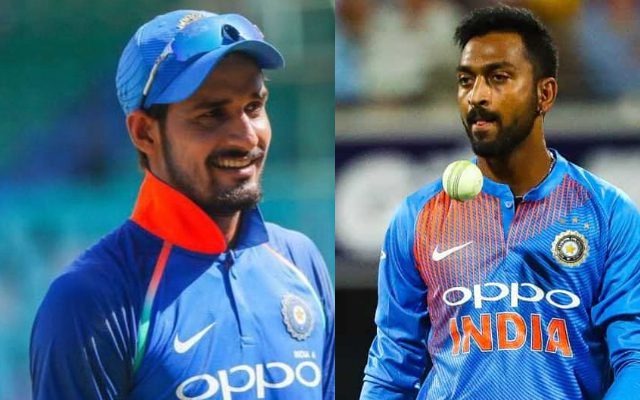 IPL 2022: Gautam Gambhir, the coach of the Lucknow Super Giants (LSG), believes there will be no problems if Deepak Hooda and Krunal Pandya play together in the IPL in 2022. Hooda and Krunal were embroiled in a significant issue last year when Hooda accused Krunal of misbehaving with him in front of the whole team. Furthermore, as a result of the fallout, the former even resigned from his state squad. However, because LSG acquired both players in the mega auction last month, the two all-rounders will have to work together this season.

Because both Krunal and Hooda bat in the middle order, they will often have to work together. While some believe their relationship will harm their performance, Gambhir has a different point of view on the subject. According to the former Indian opener, players on a team do not have to be best buddies to put up successful performances. He even offered his own personal experience while expanding on his points of view.

They are professionals, and they are well aware of the responsibilities that they have: Gautam Gambhir ahead of IPL 2022

“The players do not have to be best friends off the field to perform well on it. They are professionals who are well aware of the importance of their responsibilities. If you are playing in the same squad, you don’t have to go out for dinner every night,” Gambhir was reported as saying by Sportskeeda.

“Every team that I have played on has included members who I have not gotten along with at all. But it hasn’t prevented me from giving my all on the field whether I’m on the field. These are mature individuals who understand that they are here to win matches for Lucknow,”he said.

Hooda, who played for Punjab Kings last season opposite LSG captain KL Rahul, is noteworthy. Krunal, on the other side, was a member of the Mumbai Indians’ starting lineup. Having shown their mettle in the IPL, both all-rounders will almost certainly be included in the starting XI. Besides contributing to the top six in the batting order, they will also provide useful overs. LSG also has several other important all-rounders in their ranks, such Jason Holder and Marcus Stoinis, who may complement the two. As a result, there are a lot of expectations placed on the squad.