IPL 2022: Mayank Agarwal Says That He Will Be A Lot Calmer In This Auction 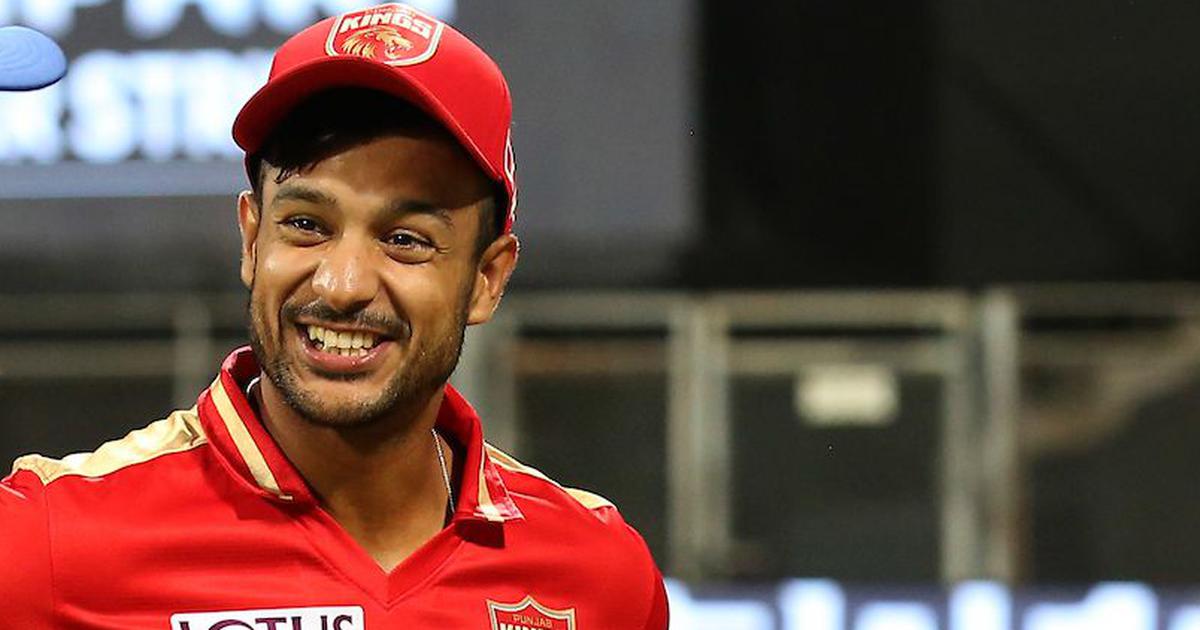 IPL 2022: Mayank Agarwal, the opening batter for the Punjab Kings, has said that he would take it easy and be more relaxed than the rest of the players during the IPL 2022 Mega auctions. The bidding event will take place in Bangalore on the 12th and 13th of February. A total of 590 players have been selected for the IPL 2022 auction and will be put up for bid. In exchange for 12 crores, Agarwal was retained by the franchise, and the squad is now seeking a new captain since KL Rahul has signed a contract with the Lucknow Super Giants.

The club will also be searching for an opening partner for the Karnataka players. In the previous two seasons, Rahul and Agarwal have combined to become a strong starting pair. Furthermore, they will be seeking individuals who can give consistency in the middle of the order, which has been a problem in the last two seasons. The Mohali-based squad will also be on the lookout for a successor for Ravi Bishnoi, who recently joined the Lucknow-based club.

Meanwhile, in an interview with Boria Majumdar on his programme ‘Auction Reels,’ the India Test opener said that he is looking forward to the IPL 2022 Mega Auction. He’s also looking forward to seeing what sort of players the squad will be able to get in the future.

“To be honest with you, I believe I’m going to simply sit back and say, ‘oh yeah,’ throughout this auction. Although I will be a lot more relaxed than most people, I am extremely excited for the auction – for the types of players that we’ll be able to acquire as well as the strategies and thought processes that we’ve had as the Punjab Kings before the IPL 2022 auction [and]… once we’ve decided what kind of cricket we want to play, we’ll see if the types of players that we, as a team, have been looking for have been acquired,” Agarwal said.

“Despite the excitement on that front, I can absolutely tell that, on a personal level, it’s going to be a lot calmer than any of the previous auctions,” he said.

Meanwhile, Mayank Agarwal has been called up to the Indian team for the forthcoming three-match One-Day International series against the West Indies, which begins on February 6. Following the positive tests for COVID-19 by three players — Shikhar Dhawan, Ruturaj Gaikwad, and Shreyas Iyer – the 30-year-old was selected in the squad.

ICC U-19 CWC: Yash Dhull’s Father Believes That The World Cup Will Be Back To India
IND vs WI: Ishan Kishan Makes His Way Into The ODI Squad Amid Covid-19 Crisis