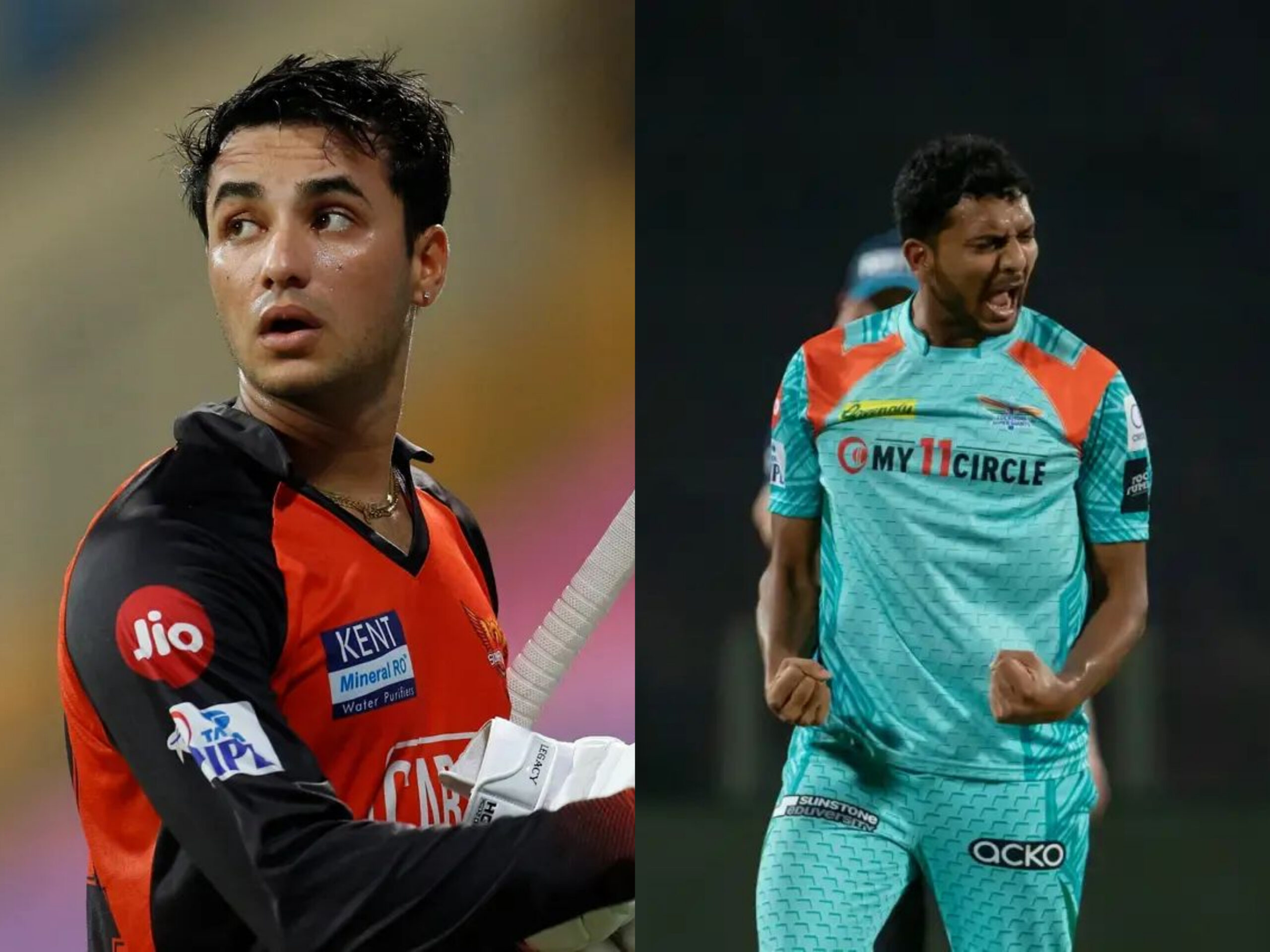 Another successful edition of the Indian Premier League has drawn to a close. The Gujurat Titans lifted the trophy for the first time in their inaugural season, but after two months of brilliant action only cricket was the winner, to reiterate a cliche. As happens every year, this season has produced another crop of talented cricketers eagerly awaiting the day the play in India colours. A couple of the top performers broke into the national squad that was recently announced for the limited overs South Africa tour, but there are plenty more who were overlooked just waiting for their chance – let’s take a look at a few of them.

Rahul Tripathi was one of the standout performers of the IPL 2022. After four years with Kolkata Knight Riders, he was acquired by Sunrisers Hyderabad for 6.5 crores and never looked back. THis season, he’s scored 413 runs from 14 innings at an average of 37, and a blistering strike-rate of 158. Tripathi ended the tournament 15th on the list of top run-scorers, and only Liam Livingstone has scored more runs at a higher strikerate. He’s also hit three fifties, the most memorable of which was a 44-ball 76 against Delhi Capitals. In his IPL career of 76 matches, he has scored 1798 runs at an impressive strike-rate of of 158. At the age of 31, the elegant right-hander is still waiting for his India debut, and was unfairly missed out of the India squad that hosts South Africa for five T20Is this month. Hopefully his career will follow a similar trajectory to that of Suryakumar Yadav, who debuted for India at 30 after his 2020 IPL season that simply couldn’t be ignored.

The Sunrisers Hyderabad opener was a bright spark for his side, ending the IPL 2022 as their highest run-scorer of the season. With 426 runs from 14 innings, averaging 30 at a strikerate of 133, the 21-year-old has stood up tall at the top of the order, more than compensating for the lack of form from his opening partner and skipper Kane Williamson. He was retained by SRH ahead of the auction for four crores, and after a couple of slow innings at the start, he has blossomed into one of the most destructive openers of the tournament. Abhishek has racked up one fifty but also four forty plus scores, and the stats don’t accurately portray the pivotal role he played in SRH’s campaign. Despite his great season, he was overlooked for selection for the South Africa series scheduled immediately after IPL. Time is ob Abhishek’s side, however, and if he keeps knocking on the selectors’ doors with more performances like this, he’ll debut for India sooner rather than later.

The left-arm quick was one of the highlights of the season for Gujurat Titans. In 9 matches, he’s taken 14 wickets and operated at an economy rate rate of 5.96, unreal considering this season’s batting standards. No other bowler in this IPL has taken more wickets while conceding fewer runs. Along with Punjab Kings pacer Arshdeep Singh and SRH’s attack leader T Natarajan, Mohsin is part of a highly exciting crop of left-armers waiting to break into the national bowling scene. His best bowling figures of the season were his 4-16 against Delhi Capitals, where he stopped a rampaging attack from chasing down LSG’s 195.

Shakib Al Hasan appointed captain of Bangladesh Test team
“Please Take Care Of your Back During Honeymoon, We Have World Cup Ahead,”- Deepak Chahar’s Sister Trolls Her Brother As He Gets Ready For Honeymoon