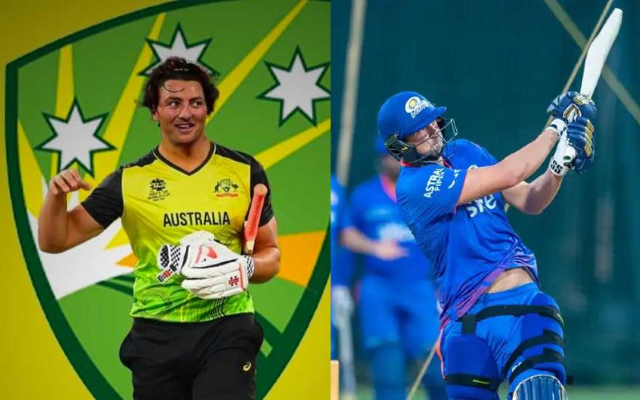 Tim David, who was born in Singapore but raised in Australia, credited his ability to maintain his composure under pressure to the fact that he had previously competed in Indian circumstances when participating in the Indian Premier League (IPL).

In 2018, while playing for Royal Challengers Bangalore, the 26-year-old made his first-ever appearance in the Indian Premier League against Chennai Super Kings in Sharjah. After that, the Mumbai Indians purchased him, and he has appeared in eight matches for the club.

What did Tim David say?

“Having some good experience playing in India, I think finishing games and knowing how it can go and how the pitches can play or when it kind of lights up in front of you, so you know, there can be an advantage to batting second in Indian conditions. That was a good IPL experience to draw on the other night out there in the middle,” said David.

When they face off against India in Nagpur for the second game of the three-match Twenty20 International series, Australia will be looking to clinch the series for them. The Kangaroos have grabbed a 1-0 lead in the series after successfully chasing down a massive 209-run target in the first game of the series, and they will want to repeat the success they had in the previous game.

No PSL helped me to stay calm

We all know he is a PSL product

Every other nations benefits from playing IPL but the BCCI will not allow Indians to experience different conditions & then wonder why we struggle overseas.

IPL experience helps every player except Indians themselves. 🤦

“He is already this good”, Twitter goes gaga as Dewald Brevis smokes 30 off 6 balls
‘All thanks to Karachi Road Construction Limited’-Twitter reacts as Babar Azam scores a century against England in 2nd T20I