“IPL is helping everyone except Indians”, Twitter reacts after Joe Root said he has no expectations on salary and just wants to experience IPL 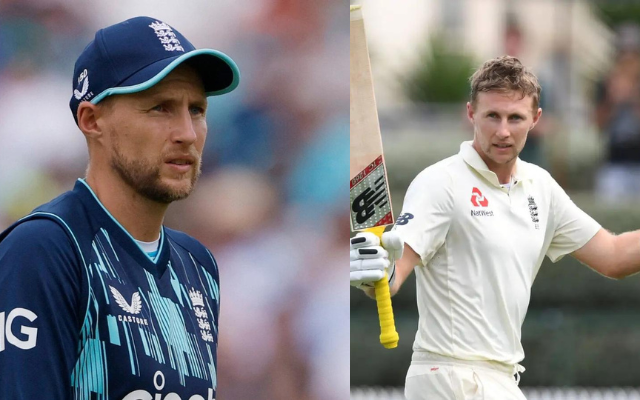 England international Joe Root hasn’t been playing white-ball cricket of late. In fact, he was not part of the plans for the eighth edition of the ICC Men’s Twenty20 World Cup 2022 tournament held in Australia.

The former England Test captain has represented the national cricket team in 124 Tests, 158 One-Day Internationals. The right-handed batsman has scored 10,504 runs in the longest format of the game, at an average of 50.

Meanwhile, the England international made the headlines after he expressed his interest to take part in the upcoming edition of the cash-rich Indian Premier League. The 31-year-old hasn’t made his debut in the IPL owing to national commitments over the years.

However, the veteran cricketer is planning to put his name in the auction. It will be quite interesting to see what the future holds in store for Root who has no expectations on salary but just wants to get the true taste of experience playing the IPL.

According to ESPN Cricinfo, Joe Root wants IPL exposure so that he could help his game in the ODI World Cup which is slated to be held in India in 2023. Root has played 88 games in the shortest format of the game wherein he scored 2083 runs including 13 half-centuries, at a batting average of 32.54.

You have to pay money to IPL teams to get picked up. Forget about Salary. https://t.co/9f7hbbQgsi

Whichever team will take Root, Jacks, Brooks. I will support those team's this time https://t.co/a3AJjIGcMZ

If he sets his base price low, then I have no doubt that he would certainly be picked https://t.co/GzLIwFyaWx

Root is staying away from money because

Money is the Root of all evil https://t.co/w85golVo2N

That's how English cricketers plan & work towards achieving their goals.

They have no confusion in their minds, they want to win #ICC trophies.

In India, we r not even playing team on merit. @BCCI https://t.co/9V00yeCqTP

Oh he is gonna fuck us bad https://t.co/03mnZeYeCz

“This guy talks as if he already has been handed over captaincy until 2024 World Cup”, Twitter reacts as Hardik Pandya said his job is to create a culture where the player can play without fear
“Man deserves an India call-up now”, Twitter reacts after Sarfaraz Khan hits a surreal century against Railways