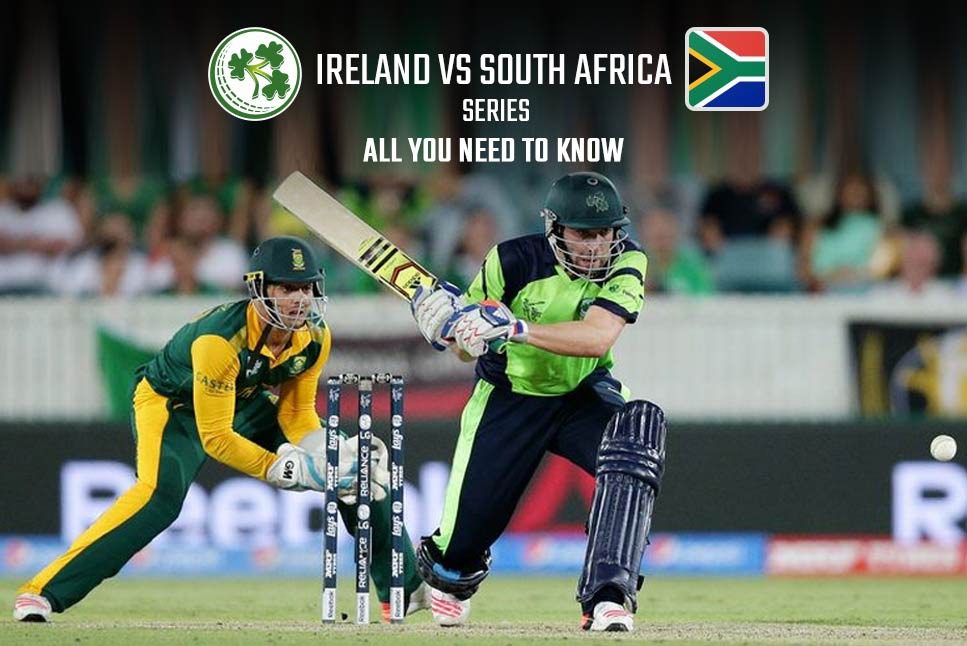 The series is set to mark the first time South Africa and Ireland are involved in a bilateral series of more than a single game. However, the two have never played each other in a T20I and the upcoming three-match series will be the first time Ireland are playing them in the shortest format of the game. The match will begin from 8:30 PM IST. Check out Ireland vs South Africa 1st T20 Live Telecast, Watch live streaming.

On July 19,2021 1st T20 cricket match between IRE and SA will be played. The Village, Dublin, is the venue where the match is going to be held at. Check out the Ireland vs South Africa, 1st T20 Preview, Match Prediction, Pitch Report, Where to Watch Live Streaming.

After a clean sweep for the Irish men in the ODIs, The Proteas seem vulnerable. Nevertheless the format of T20s is not similar to that of ODIs. The Ireland made one change of leaving out former skipper William Porterfield. The move brought Balbirnie to open, who instantly found success. Ireland may continue with the same combination

For South Africa their bowling is an issue obviously as they leaked more runs than they would have liked. On top of that, they haven’t picked up a lot of wickets as well, which is absolutely the worst-case scenario. There is no update on Quinton de Kock, and he could be seen warming benches again.

Ireland and South Africa had played 7 game overall. Of which South Africa won 5 had Ireland had 1 win. Nevertheless, the performance by the Irish men for ODI was phenomenal, the prediction as tp who would win is very difficult to analyze. Since T 20s are a different format, the stakes are equal for both teams.

South Africans fans can follow the action on SuperSport on TV while people in Ireland and UK can watch the action on BT Sport which will be showing the six limited-overs matches. There is no broadcast for the ODI and T20I series in India. In Australia, Fox Sports will be telecasting the matches while in North America, Willow TV will give fans all the action live.

The highlights of the RSA vs IRE 1st T20 match will be posted by Willow TV or ESPNStar on their youtube page for the fans of Ireland and South Africa.

However, fans in India can make use of the FanCode app and enjoy the LIVE scores and commentaries of the T20 series Ireland vs South Africa.