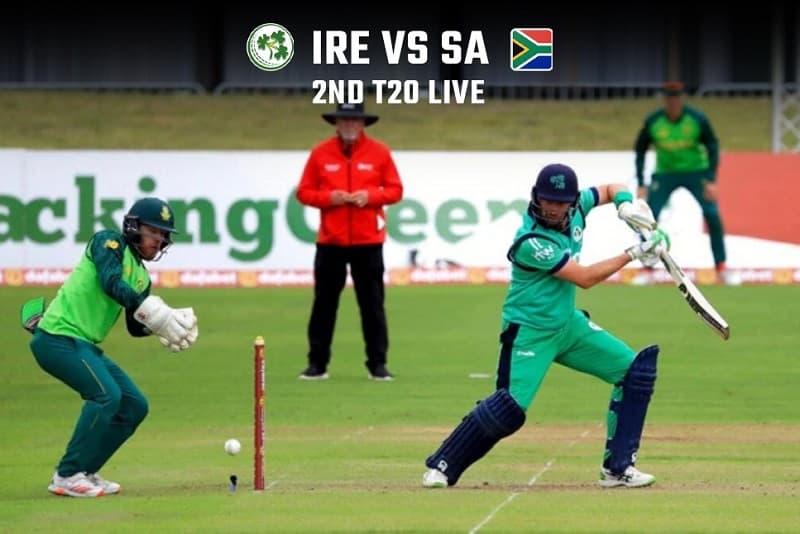 However, before the 1st and the 3rd T20I matches were scheduled to take place on 20th and 25th July respectively. Whereas, Ireland cricket has made a small change to the tour plan; in June 2021 by moving both of those matches ahead by one 1day. The 2nd T20I match between Ireland and South Africa T20I will be starting from 22nd July at the Civil Service Cricket Club.

However, Ireland’s batting was delayed in the last match. Only Andrew Balbirnie and Harry Tector were able to score some runs. However, the team will need a good start from either Kevin O’Brien or Paul Stirling. Simi Singh and Mark Adair have been imposing in the limited-overs series so far and will remain a threat to the opposition with both bats as well as the ball.

Similarly, almost every South African batter got a start in the last match. The management will need more from a player with recognition of David Miller. Aiden Markram will be the middle key. Whereas, Tabraiz Shamsi is the No.1 T20I spinner in the world in the form of his life recent. He along with Kagiso Rabada will be the key to set up the game for South Africa. Whereas, the hosts will be looking to bounce back in the second game and set a decider on the final game of the series.

South Africa directed the previous match and is expected to seal the series in this game.

The pitch at the Civil Service Cricket Club, Stormont, Belfast will help the bowlers. whereas, the average 1st innings score at this venue in the last 5 matches is 125 runs. The team batting first at this venue has won 80% of its matches. However, the team winning the toss will look to bat first here

Similarly, the Pacers have been very successful at this Venue. Also, they have gained 64% of the total bowling points at this venue. Whereas, we would suggest that you pick as many pace bowlers as possible in your team.

Where to watch Live Streaming?

Our fans and viewers can watch the 2nd T20I Series on the FanCode mobile app. Whereas, FanCode is partnered with Ireland Cricket to exclusively online stream all the cricket matches in India.