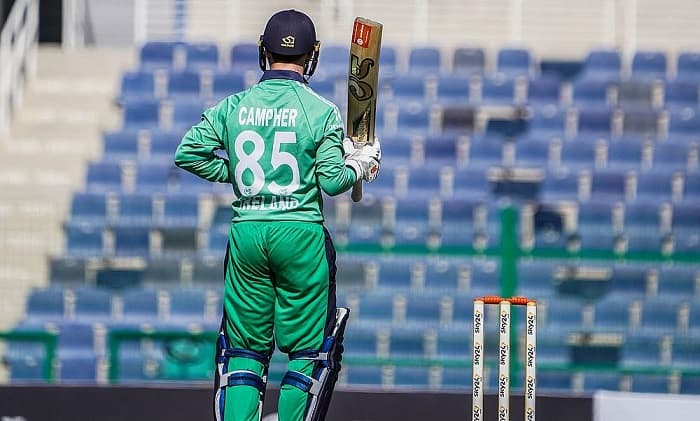 Ireland National Cricket Team will be visiting UAE for a series of 3 T20 International matches which will be played between 7-10 October 2021. The series is a part of the 2021 Summer T20 Bash. These matches are played as a preparation for the upcoming T20 World Cup. Check Where to Watch Ireland vs UAE 2021 Live Streaming, TV Rights, Full Schedule, And Team List.

The Ireland Cricket Team is governed by Cricket Ireland. The team got its Test status on 22 June 2017 along with Afghanistan. They are the 11th Full member of the ICC and a second full member from Europe. They play all the three major formats of the International Cricket, Test, One Day Internationals, and T20 International. Andrew Balbirnie is the current captain of the team and Graham Form is the present coach.

The team currently stands at 12th position in all three formats of cricket. Ireland used to play First Class International cricket in ICC intercontinental cup before they were awarded the test status and have won the cup four times. They impressed everyone by Defeating England in the 2011 World Cup and West Indies and Zimbabwe in the 2015 World Cup.

The United Arab Emirates national cricket team is governed by Emirates Cricket Board. UAE became an affiliated member of ICC in 1989 and an Associate Member in the following year. ICC headquarters is located in Dubai since 2005.

The team hasn’t acquired test status yet. UAE stands 17th in ODI and 15th in T20. Ahmed Raza is the current captain of the team and Dougie Brown is the present coach. UAE has won the ACC trophy four consecutive times and were runners three times. in 1994, they won the ICC trophy. UAE holds the world record for the highest seventh-wicket partnership in World Cup History. This feat was achieved twice, one against Ireland and one against West Indies. Amjad Javad was involved in both of these partnerships.

Broadcasting Rights of the series have been given to Sony Sports Network. The matches will be Telecasted on various sony channels in different channels. Sony Ten 1, Sony Ten 3 and Sony Six will be broadcasting the series in India and its subcontinent countries like Nepal, Bangladesh, Maldives, and Bhutan. Users in India can also watch the matches on DD Sports.

Live Streaming of the series will be done on the Sony LIV app. Users need to download the application and register themselves with the app. Pay the subscription amount and Enjoy the matches.

The matches will be played in Dubai, below is the Full schedule of the series. The timings of the matches are given in IST.

Below is the complete squad of the teams for the tour.

UAE has not yet announced the squad for the tour. In the coming days, the Board will be announcing the tour.

Ireland vs UAE Head to Head

Both the teams have faced each other 9 times in T20 Format and Ireland has dominated the faceoff with 7 wins whereas UAE only managing to win twice. Ireland has won most of its matches played in Dubai, so here Ireland will be having an Upperhand in the series.