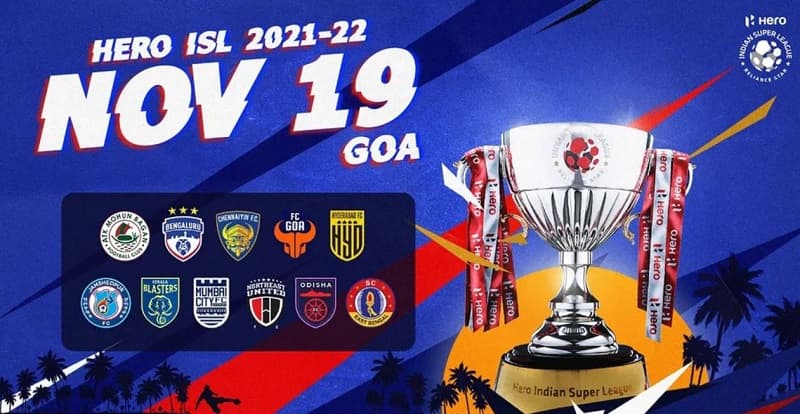 Indian Super League also known as ISL is a professional football league that was founded 7 years ago on 21 October 2013. ISL is one of two co-existing highest-level leagues in the country. ISL is organized by the All India Football Federation and their commercial partners Football Sports Development Limited. It is called Hero Indian Super League due to Sponsorship Reasons. Check ISL 2021-22 Live Telecast Channel List, Where To Watch Live Streaming?.

The 2021–22 Indian Super League season will be the 8th season of the Indian Super League. The league will be starting from 19 November 2021 with ATK Mohun Bagan vs Kerala Blasters FC as opening and will continue till March 2022. 11 teams will be competing in the league. Mumbai City FC is the defending Champions of The ISL. The matches will be played at 3 venues in Goa.

ESPN+ will be live Telecasting the matches in the United States of America and Canada, Fox Sports(Australia) in Australia, Netflix in Indonesia, Hotstar in the United Kingdom, and Yupp Tv in other European countries.

For the upcoming season, the All India Football Federation has made some changes. Below are the changes made by AIFF

Below is the Schedule of The Indian Super League 2021-22 Season.