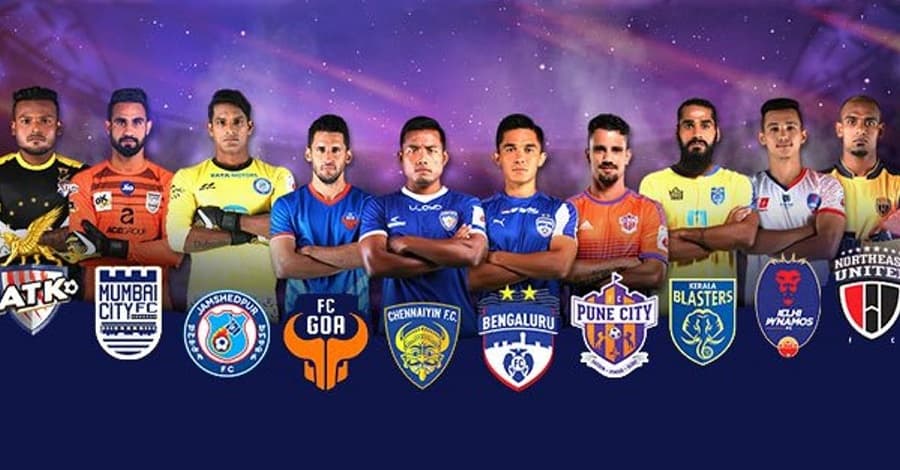 ISL is a professional Indian Super League that consists of 11 football clubs. Each team is based in a city of different states. ISL was first started in 2014, since then successful 7 seasons have occurred. ISL is an opportunity for young footballers to accomplish their dreams. Check ISL Player List of All Teams 2021-22, Owner, Coaches, Captain.

ISL 2021-22 marks the Eight season. It is expected to commence in the month of September 2021. However, the dates have not been declared yet. The teams of the Indian Premier League will have 7 local players and 4 foreigners in a squad.

In total 12 teams will be performing against each other in a classic round-robin format. Out of which top 4 teams will face each other in Semi-finals and later on in the Finals. The teams will fight to win the title. Here is the entire list of teams,

Bengaluru FC is a football club based in Bengaluru, Karnataka. Most commonly referred to as ‘The Blues’.

SC East Bengal is a team in ISL which is based in Bengal. The ownership is shared in a partnership with two companies.

This team represents North East India. It is owned by the famous Bollywood actor John Abraham.

Mumbai FC is a team of ISL that is based in the city of Mumbai.

Kerela Blasters is a football club based in Kerala. The chairman of the club is Nikhil Bharadwaj and the head coach is Ivan Vukomanovic.

Jamshedpur FC is under the ownership of Tata Groups.

This team is founded in 2019 as a 23-month-old club taking part in ISL. There are three owners of the club and the head coach of the club is Manuel Marquez Roca.

FC Goa is founded in 2014 that is 6 years old club. The ownership of the club is under Goan Football Club Pvt. Ltd and Manager if Juan Ferrando.