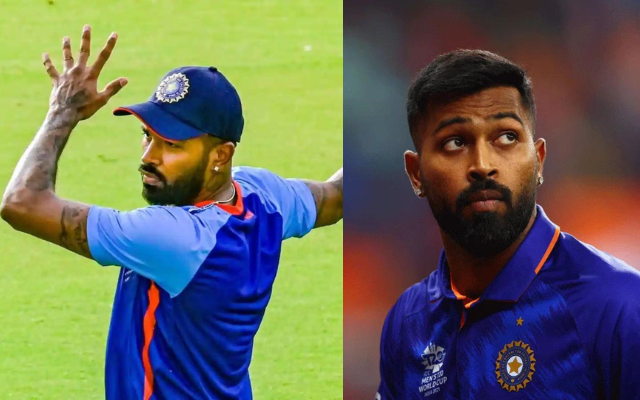 Hardik Pandya, a standout all-rounder for Team India, wowed spectators with his outstanding play during the most recent iteration of the Indian Premier League (IPL). He was a standout with the bat and the ball for his team, the Gujarat Titans, whom he captained to victory in the first season of their franchise.

The right-hander has recently said that he hopes to carry over the success he had during the Indian Premier League into the currently present five-match Twenty20 International series against South Africa.

In a video that was published on the official website of the BCCI, Pandya said that he is preparing for the Twenty20 World Cup 2022 and that he wants to make an impression in the white-ball series that he plays in against the Proteas.

He added that he wants to get into a solid rhythm as soon as possible since the Indian team is scheduled to play a significant amount of cricket over the next several months.

The player, who is now 28 years old, said that during the IPL 2022 season, he led the Gujarat Titans (GT) and also batted in the top order for the club. However, he emphasized that his position for the Indian squad would be different since he has been entrusted to do the finisher’s task for the national team. He said that this would be a challenge for him.

Hardik Pandya said: “Every single game and every single series that you compete in are equally essential. The Twenty20 World Cup is the prize I’m looking for, but this series is the perfect warmup for you to get into the swing of things. You are aware that there will be a lot of cricket played one after another in the near future. It is thus extremely crucial for you to maintain the beat at all times.

This series provides me with an excellent chance to talk about things that are important to me. The responsibilities I have here will shift. I won’t be leading the team as captain, and you won’t see me batting in the top order. This will bring me back to the work for which I have been recognized.”

Hardik Pandya is thrilled to be back in the Indian team

Pandya went on to say that he is thrilled to be rejoining the national team after an injury caused him to take time away from the squad. He said that he has put in a significant amount of effort and that he is eager to make the most of this chance.

Pandya elaborated as follows: “It has always been an honor to compete for my nation, but after such a lengthy absence, it seems much more meaningful. I have thoroughly refreshed myself and cannot contain my excitement at the prospect of returning. It provides me with the chance to demonstrate just what it is that I have been striving for all this time. It is essential to do well for the nation, and it brings me a great deal of joy to do so. Simply hoping that the days to come will be interesting and pleasant.”

In the first Twenty20 international match of the series against South Africa, the swashbuckler had an outstanding performance with the bat. After facing just 12 bowling deliveries, he struck an undefeated knock of 31. During the match, Pandya only bowled one over and was responsible for giving up 18 runs from that one over.

‘He Will Always Be Able To Close Off The Match’- Sunil Gavaskar Highlights Two Bright Spots In India’s Loss Against South Africa In The First T20I
‘You Will Most Likely Play The Same Team, Unless..’-Gautam Gambhir Reveals The One Condition In Which India Will Change Their XI