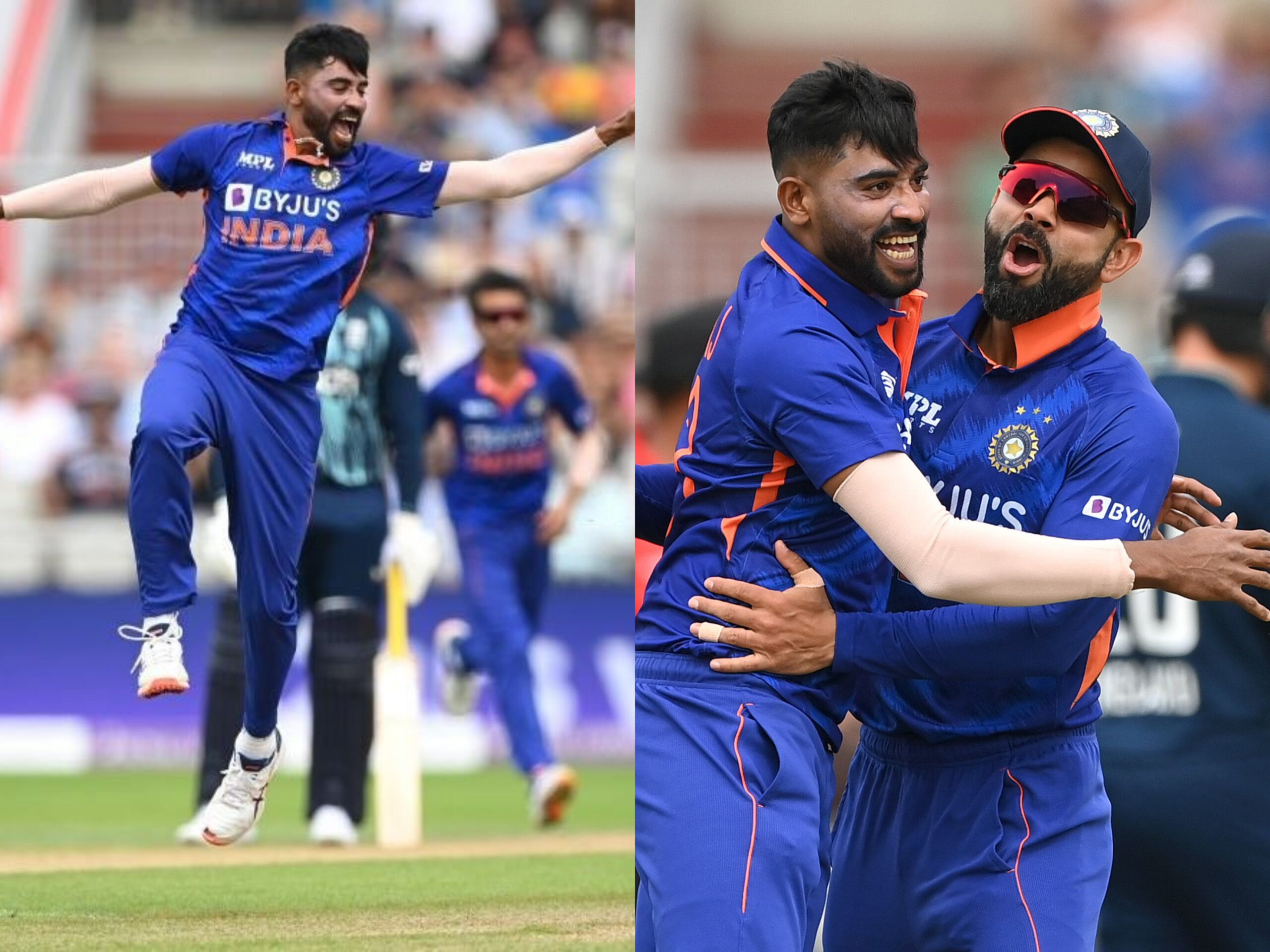 Mohammed Siraj replaced Jasprit Bumrah in the third ODI, the series-decider. He found immediate success with the new ball after England lost the toss and were sent in to bat first. Siraj picked up two wickets in the second over of the innings, dealing England a huge blow as they were set back for 12-2.

Mohammed Shami opened the bowling, but didn’t get off to the ideal start after he was creamed for three boundaries by England opener Jason Roy. Siraj came in to bowl under slight pressure already, with Shami having conceded 12. He found swing with his very first ball. Siraj  maintained his line, just outside off, moving away from the right-hander. Jonny Bairstow couldn’t score off the first two balls, and tried to drive the third one, but couldn’t pick the line. He ended up spooning it mid-off. Bairstow was gone for a three-ball duck.

Joe Root followed two balls later. The delivery landed on a slightly fullish length outside off. the batter expected the ball to angle in, not expecting the away swing, and edged it to Rishabh Pant. So Root and Bairstow ended up departing for twin ducks.

When Siraj takes the ball away, he becomes such a threat. I feared he was becoming a scrambled seam inward slant bowler. Excellent over.

It took Siraj one over to reconvert his critics.

Mohammed Siraj!! What a start!! Two top deliveries to get rid of Jonny Bairstow and Joe Root, who have been England's best batters of late. Siraj didn't take long to step up in Bumrah's absence!!#ENGvIND

Bumrah’s absence no relief for England. Siraj rises to the occasion. With in form Bairstow and Root both gone, India have taken early grip on the match

‘Not eaten a grain of food since your last century’ – reactions to Virat Kohli’s viral ‘perspective’ Tweet
‘The pace, the aggression, the mindset, Hardik Pandya breaks England’s back’ – Twitter fired up by Hardik’s four-for