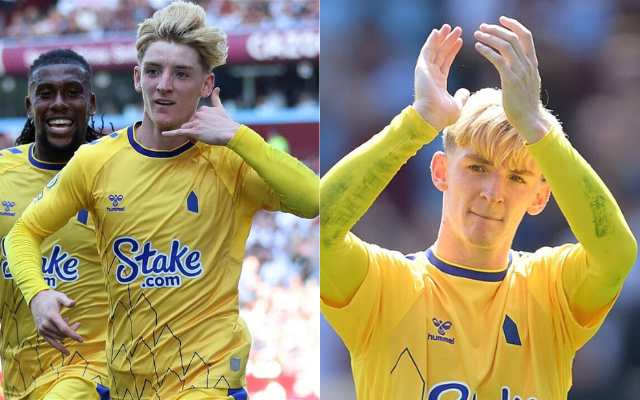 Jamie Carragher said on Sky Sports that Everton would not sell Anthony Gordon to Thomas Tuchel’s Chelsea for the asking price of forty million pounds during the summer transfer window.

According to the former Liverpool defender, he does not believe Everton would be prepared to move Gordon during this summer’s transfer window.

According to the comment made by the analyst for Sky Sports, for Chelsea to get the services of the English winger, who is 21 years old, they will need to spend much more than £40 million.

According to Sky Sports, Chelsea has submitted an offer to purchase Everton winger Gordon in the amount of £40 million.

What did Jamie Carragher say about Anthony Gordon?

According to The Chronicle’s reporting, the offer from the London club was sent on Sunday afternoon.

Carragher spoke on the matter when speaking to Sky Sports, saying, “It’s a lot of money for a young kid, just coming into the scene, but I don’t understand how Everton could take that. Given their current situation and the dearth of offensive players available, he represents the only realistic chance for the team to achieve success.”

The commentator continued by saying, “They need an aggressive player coming in, therefore there is no way they will let him leave, definitely not with him being a local guy.”

Carragher proceeded by saying, “I believe that it would have to be a lot greater than that if Everton is to penalize.”

In our opinion, Everton will not sell Anthony Gordon to Premier League rivals Chelsea during the summer transfer window for the asking price of forty million pounds.

Everton will be fully aware that they will be able to sell him for much more than £40 million in the coming years if he continues to progress and develop as a footballer. Yes, £40 million is a lot of money for a 21-year-old who is just starting his career.

Gordon is a homegrown talent that comes from Everton and is essential to the club for this season.

In his career, the winger has made 51 appearances in the Premier League, during which he has scored four goals and created four significant scoring opportunities.

‘I was unsuccessful, and it does not make me pleased’-Thomas Tuchel shares the blame for Romelu Lukaku underperforming at Chelsea
Liverpool vs Crystal Palace 2022: Date and time, Venue, Where to watch, Team News, Probable Playing XI, Match predictions and Dream XI picks