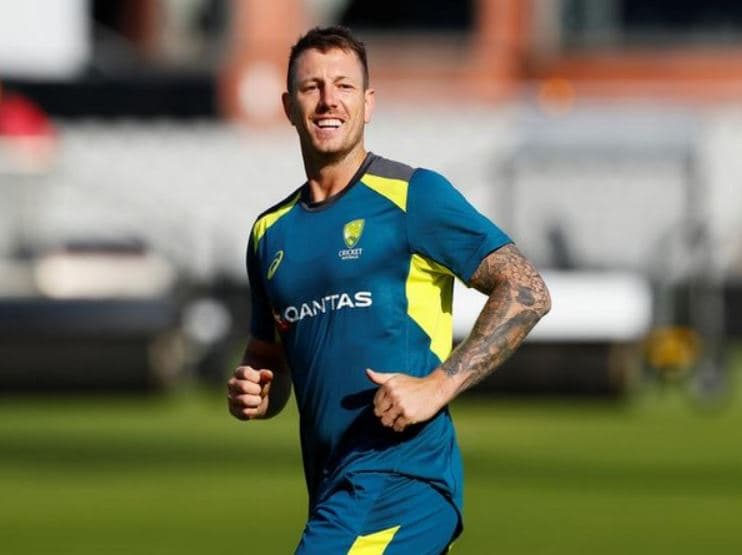 James Lee Pattinson was born on 3 May 1990 in Melbourne, Victoria, Australia. He is a Right-arm fast-medium bowler who bats left-handed. Check James Pattinson Net Worth 2021-22, Salary, Central Contract, Personal Life All You Need To Know.

He plays for Victoria and The Australia National Cricket Team. He made his Test debut in 2011 and he’s considered an aggressive fast bowler.

James Pattinson has a net worth of 52 crores. His income includes compensation received from Cricket Australia and his domestic team for his appearances.

Pattinson is a very crucial player for the Mumbai Indians as he is a fast bowler and has taken Malinga’s place in the squad. Mumbai pays Pattinson a whopping salary of Rs. 1.5 crore. Cricket Australia pays a sum of $278,000 to James.

James Pattinson was awarded the National Contract by Cricket Australia in April 2019.

Pattinson is 30 years old and in October 2016, he tied the knot with his girlfriend Kayla. They two even have a daughter named Lilah.

Pattinson played for Australia in the 2008 U-19 World Cup in Malaysia and for Dandenong Cricket Club in Victoria Premier Cricket. Pattison set a new best bowling figure on 23 December 2009 in the List A innings record for Victoria. In the 2013 Indian Premier League, Pattinson was brought to The Kolkata Knight Riders, but however, due to injuries, he was ruled out of the Tournament. He was included in the Mumbai Indians squad on 2 September 2020 in replacement for Lasith Malinga as he backed out due to personal reasons.

In April 2011, Pattinson was named in the Australian ODI squad for its tour of Bangladesh. In the same year, he joined the Australian Test Squad for Sri Lankan Tour but however did not play any match.

On December 1, 2011, Pattinson made his Test debut against New Zealand who was touring Australia. In the second innings of the first test, Pattinson took 5 wickets for just 27 runs helping his side to secure a nine-wicket victory. In the second test, he took 5 wickets in the first innings and was named The Man of the Series. He took 14 wickets at an average of 14. In 2011, Boxing Day Test against India, he was named Man of the Match with match figures of 6/108 and 55 runs.

In March 2013, he picked 5 wickets to haul against India during the 1st test in Chepauk dismissing Virendra Sehwag, Murali Vijay, Cheteshwar Pujara, MS Dhoni, and Ravindra Jadeja. He was constantly delivering at a pace of over 145 km/h and is the only Australian Pacer to pick 5 wicket Haul in Chepauk. Injuries kept him in and out of the game. He was included in the Australian Squad for the 2017 ICC champions trophy on 20 April 2017.