Jasprit Bumrah sanctioned, Nitish Rana fined for violating the code of conduct during the KKR vs MI game 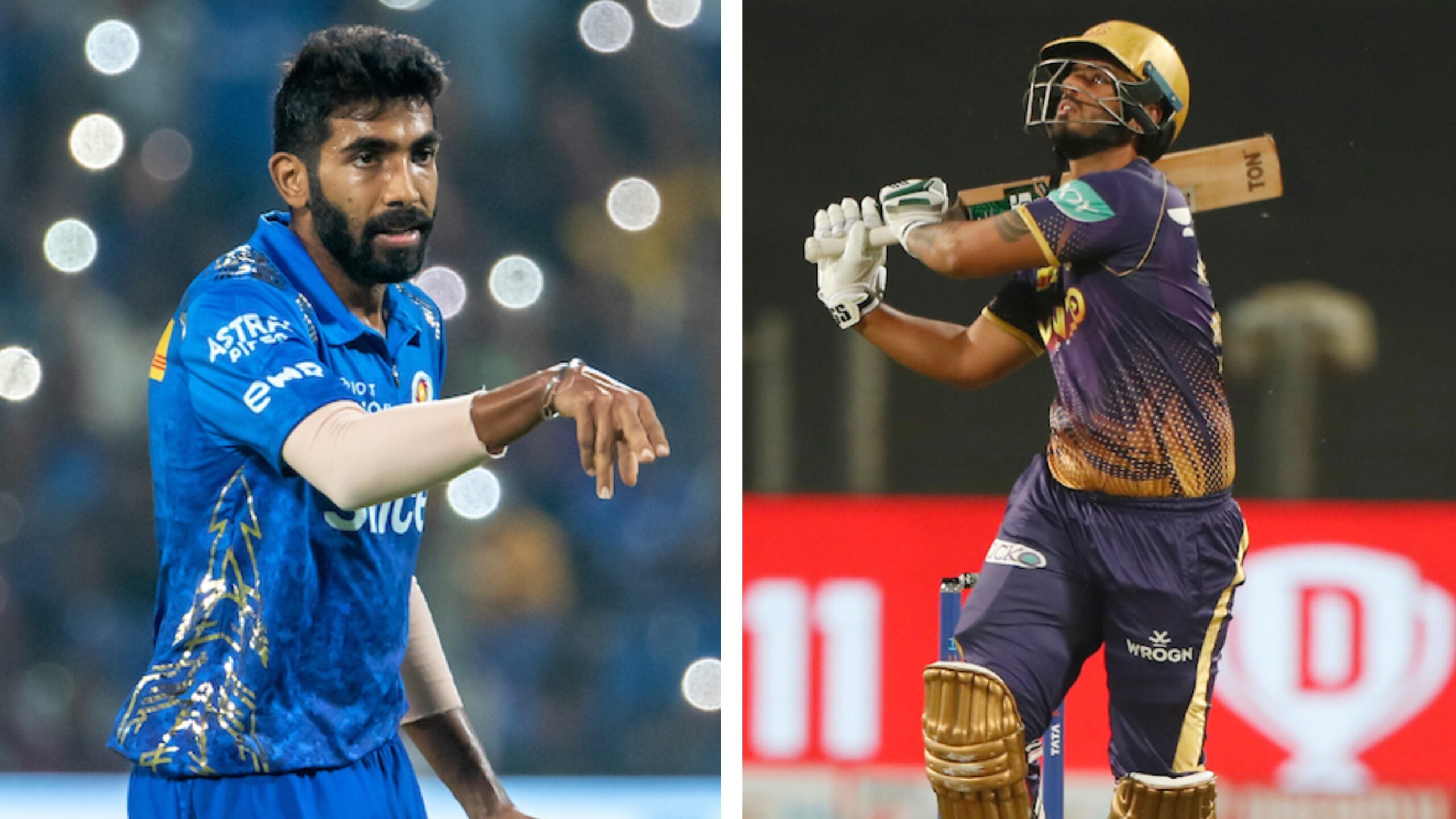 Kolkata Knight Riders’ all-rounder Nitish Rana and Mumbai Indians’ fast-bowler Jasprit Bumrah were both found to have violated the TATA Indian Premier League’s (IPL) Code of Conduct. The breach occurred during KKR’s match against MI at the Pune Cricket Stadium. Rana and Bumrah will both be reprimanded, and Rana will be fined 10% of his match fee.

The IPL released a media advisory after the game, but did not mention the specific nature of the offence has not been revealed. According to the statement, both Rana and Bumrah have  admitted to the Level 1 offence of the IPL Code of Conduct and accepted the sanction”. For a level 1 breach, the match referee’s decision is final and cannot be appealed, so the players had no choice but to accept the penalties.

In the match between Kolkata Knight Riders and Mumbai Indians, Mumbai Indians batted first and scored 161 runs on the board thanks to Suryakumar Yadav’s fifty (52 off 36 balls) and short innings by Tilak Verma (38 off 27 balls) and Kieron Pollard (22 off 5 balls). Earlier in the inning, Dewald Brevis displayed some excellent shots to contribute to his team’s total with 29 off 19.

However, when KKR began chasing, they lost wickets early on and were reeling at 35/2, but everything changed for them in the blink of an eye when Pat Cummins came into the game and proceeded to perform. Cummins, who scored the joint-fastest fifty of the IPL, broke the backs of Mumbai Indians bowlers and struck them for fun at the MCA Stadium in Pune. He slammed 56* off 15 balls to wreak full havoc and help KKR cross the finish line with four overs still to play, hitting four fours and six sixes in the process.

Venkatesh Iyer, on the other hand, performed the role of the rock while hitting an unbeaten 50 off 41 deliveries to boost Kolkata Knight Riders’ prospects against Mumbai Indians. Bumrah failed to pick up a single wicket during the game, whilst Rana managed just eight runs off his bat before being dismissed by Murugan Ashwin.