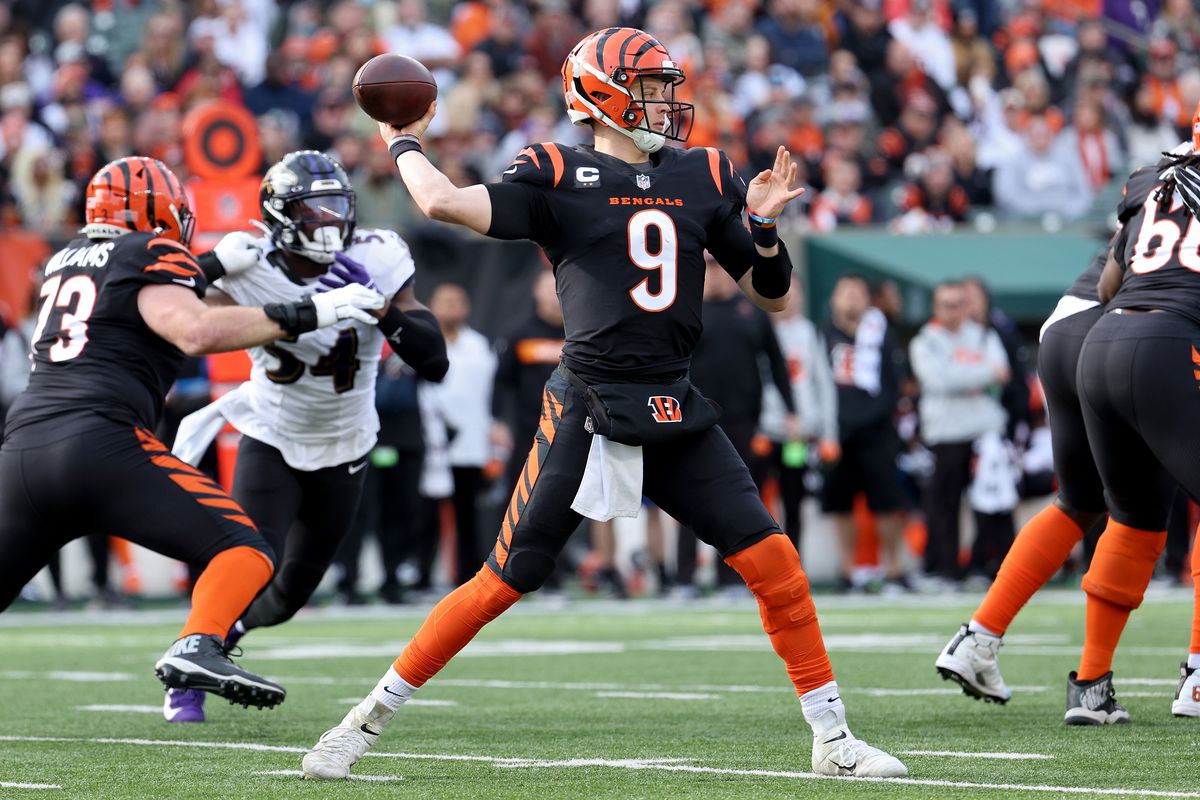 Joe Burrow came up with a scorching display of precision as his tracer bullets found their destination, uplifting the Bengals to a scintillating win over the Baltimore Ravens.

The win came on the back of a thumping display against the Denver Broncos as Burrow led the charge again. They surpassed the Ravens in the points table to wrest control of the AFC North Division with their ninth win and the second on the bounce.

The Bengals managed to paint the Ravens in colours of embarrassment as they sparked chaos in the first half wringing out an overwhelming 31 points. It was Joe Burrows who came out as the man of the hour with a display that would put other signal-callers to question.

A glimpse at the bedazzling display from Joe Burrow

At the end of his day’s exploits, he managed to rack up a staggering 525 passing yards which is also the record for the fourth-highest passing yardage in a single game in NFL’s glittering antiquity as it ranked behind Norm Van Brocklin (554 yards in 1951), Matt Schaub (527 yards in 2012) and Warren Mood (527 yards in 1990).

He set the crowd ablaze with a Michael Jackson-esque shrug when he crossed the 500-yard mark with a 52-yard screamer to one of his primary weapons, Joe Mixon.

It wasn’t just an impeccable show of dominion from Burrow but he was boosted by the presence of Tee Higgins who managed to complement the quarterback in impressive fashion. Higgins scooted down the left flank from one of Burrow’s high-octane throws and left two Ravens defenders chasing shadows.

Higgins roared with a leap of faith that saw him towering over Kevon Seymour and Brandon Stephens to collect the missile from Burrows.

Four plays later, Higgins buried the ball behind the hallowed line as he grabbed a 1-yard touchdown pass from Burrow to finish off things in grand fashion at the edge of the first half with a 17-points lead over a lackluster Ravens. With Lamar Jackson out of the equation, another extraordinary comeback for the Ravens seemed highly unlikely.

Burrow finished the opening half of the game with 18 of 21 passes for a screaming 299 yards that also starred three touchdowns. His yardage total was on the top of the list that starred the quarterbacks with significantly higher totals at the end of the first half in 2021.

Higgins played the perfect two to tango as he bagged 12 catches for 194 yards with two touchdowns. Rookie Je’Marr Chase pumped out another masterclass as he added 7 catches for 125 yards as Burrow finished his haul with 37 of 46 for a fiery 525 yards, topping the charts for a single game in 2021.

NFL 2021 Live Stream: How To Watch Every NFL Game Online
Tom Brady Finally Managed To Put An End To Cam Newton’s Perfect Record Over Him