Jofra Archer Opened Up About The Bouncer Incident Against Steven Smith 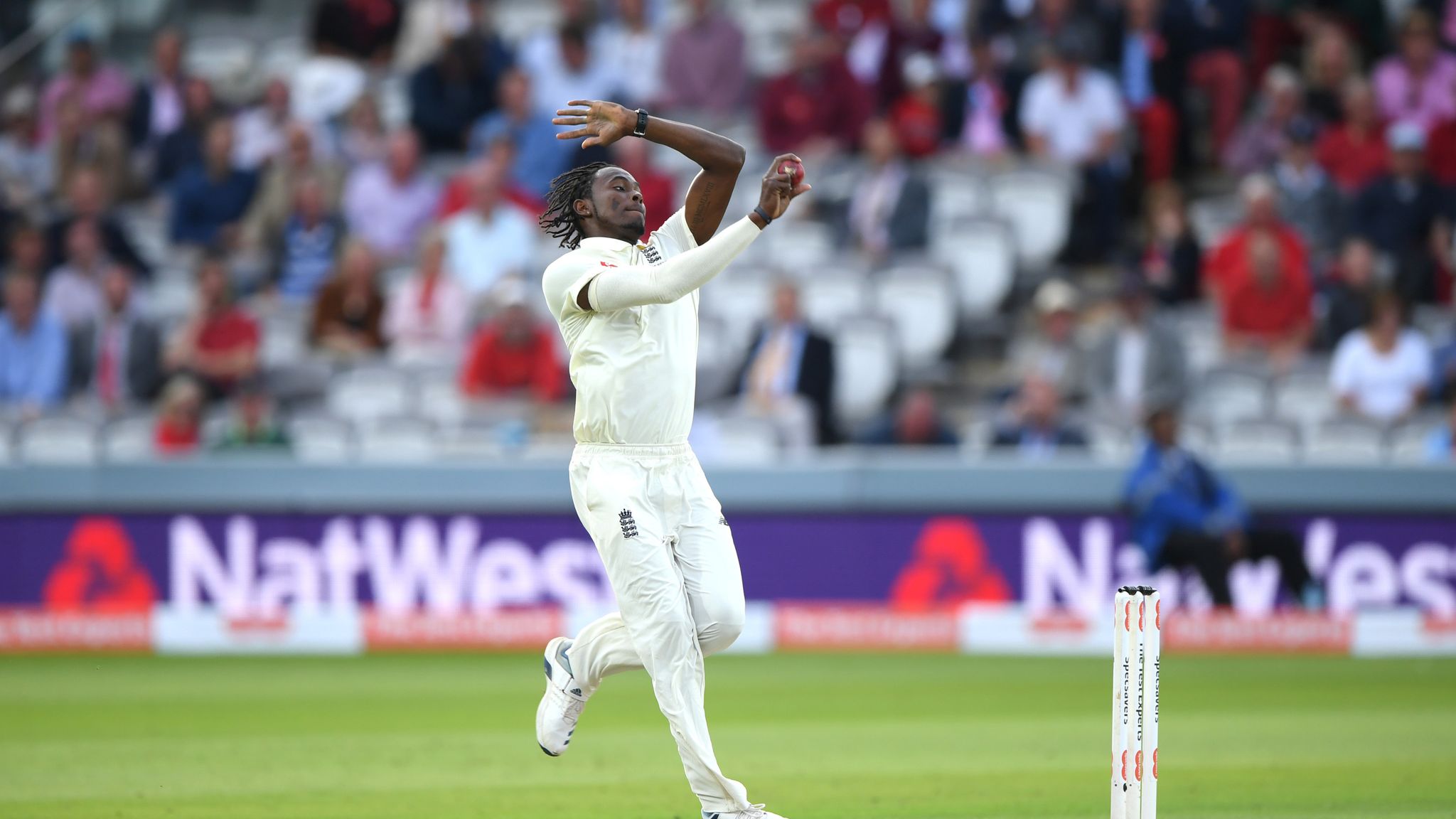 Even though at the initial glimpse, there were praises all around where Jofra Archer unleashed that nasty sequence of bouncers at Steven Smith in the 2019 Ashes, yet it was not an incident that the English fast bowler particularly cherishes.

Steven Smith instantly went down after being knocked over by the bouncer on the helmet. That Ashes saw the Australian middle-order stalwart punishing the English bowlers until that point with extreme prejudice. Sadly, what was supposed to be a sight of reprieve instantly turned into a glimpse of terror that no one in the world would have wanted.

This is what Jofra Archer had to say about Steven Smith

Steven Smith left the field batting on 80, concussed by the menacing bouncer from Jofra Archer that saw Marnus Labuschagne taking the field. He was treated by the medics and the physios instantly but chose to walk out of the pitch, alarmed about his safety.

A couple of years later, Jofra Archer opened up about the incident that left Steven Smith shook for a good deal of time, especially when he was in the pink of his form. The English fast bowler was heard quoting, “I think in England personally when the ball hits you it can feel a lot worse than it is because sometimes it’s a bit cold and I thought it was that until I actually saw him roll … when he went down and then he rolled on his back, I went ‘oh dear,’ you know.”

Archer quoted to Newscorp, “I thought it was very serious, but he came out and he batted again. Obviously, you don’t ever want a cricket-related death. There was one already and there’s no need for another one. It’s hard enough trying to get the kids to come and play cricket.”

Despite not playing at Headingley, Steven Smith managed to rack up 774 runs at a stellar average of 110.57 that included a double-century, two centuries and three half-centuries.

Archer further added, “I know they say he’s tough as nails anyway, but I don’t think he would have come out to bat again if he wasn’t. Just his resilience. You are putting yourself out there and risking everything for your team. Honestly, throughout that whole series, I just think his wicket wasn’t for me. There were a few top edges that could have gone to hand. But I just enjoyed the challenge.”

Australia vs England, 2nd Ashes Test Betting Predictions, Where to watch
The Latest Edition Of The Women’s World Cup Will Be Kickstarting On March 4th