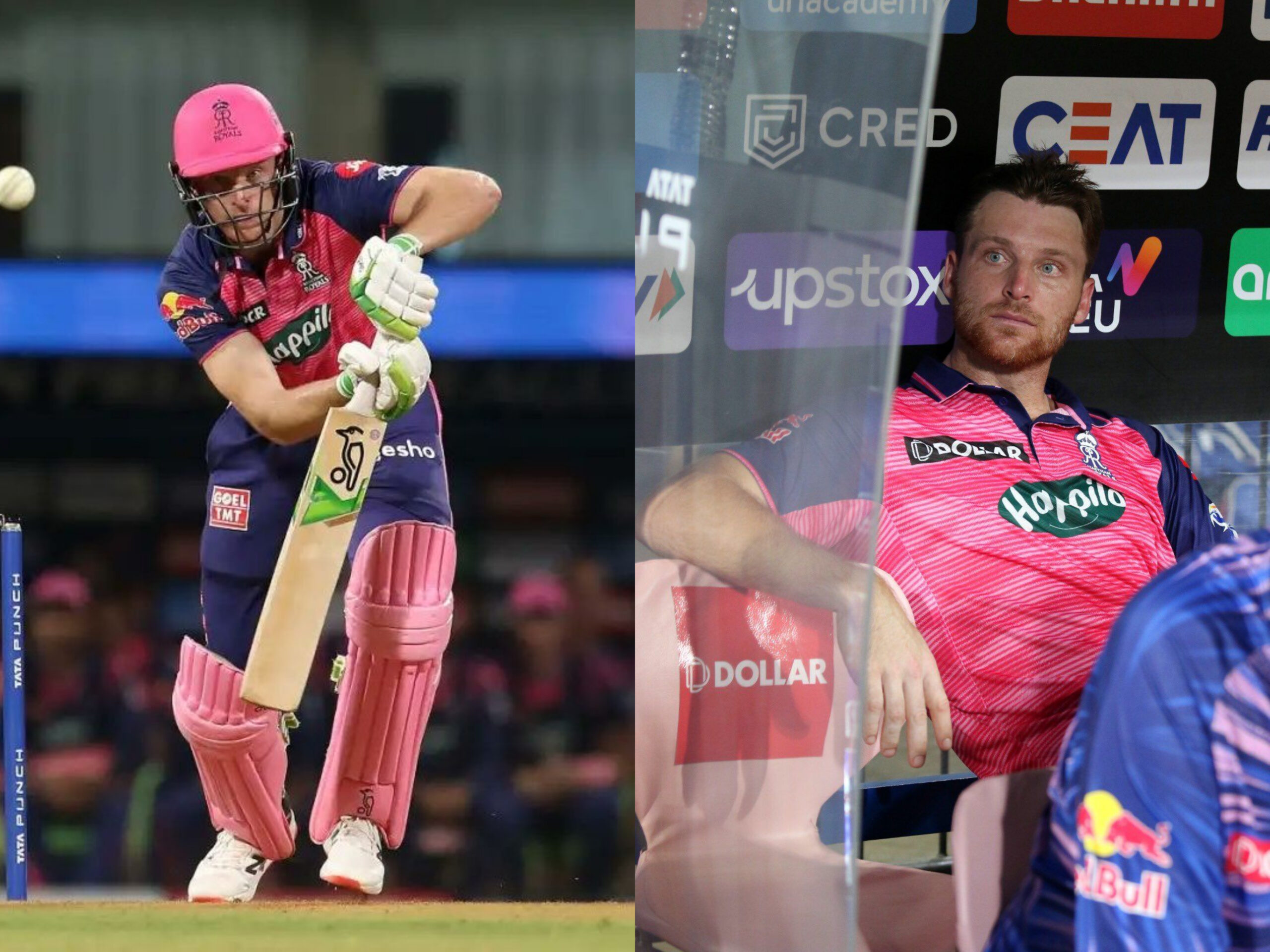 Jos Buttler fell for a low score today in the Rajasthan Royals’ fixture against Chennai Super Kings on Friday, the last game of theri season. He was dismissed by Simarjeet Singh in the third over of the innings after he scored 2 off 5 balls. However his wicket hardly had an impact on his side’s chase of 150.

The Royals began their innings positively, Yashasvi Jaiswal opening his account with a couple of smooth fours off the first two balls of the innings off the unfortunate Mukesh Choudhary. He meant business in the next over as well, with another drive off Simarjeet.

Then it was Buttler’s turn to face him. A length ball from the bowler in the second over of the innings had Buttler poking outside off, the outside edge was snapped up by MS Dhoni.

The Royals had done extremely well to restrict CSK to 150 after a Moeen Ali onslaught in the powerplay. Their chase began confidently, with Yashasvi Jaiswal scoring his second half-century of the tournament.

Buttler is the highest run-scorer for the season, far ahead of the rest with 627 runs from all fourteen games this season. The closest is Lucknow Super Giants skipper KL Rahul with 537, with his opening partner Quinton de Kock close at his heels with 502. He has three centuries this season, two back-to-back and two against the unfortunate Mumbai Indians. In the first half of the season he averaged 81,with 489 runs at a strikerate of 160.

Turning point in Buttler form was the Delhi Rajasthan Rovman controversial no ball incident and him arguing with Pant on the boundary, barely been able to hold the bat straight since then. Full Delhi team must have came together to put curse on him

Jos Buttler gave too much reward to so many people in the fantasy app. Now He is just taking it all back. 😂

What has happened to Jos Buttler? His form has completely disappeared? #IPL2022