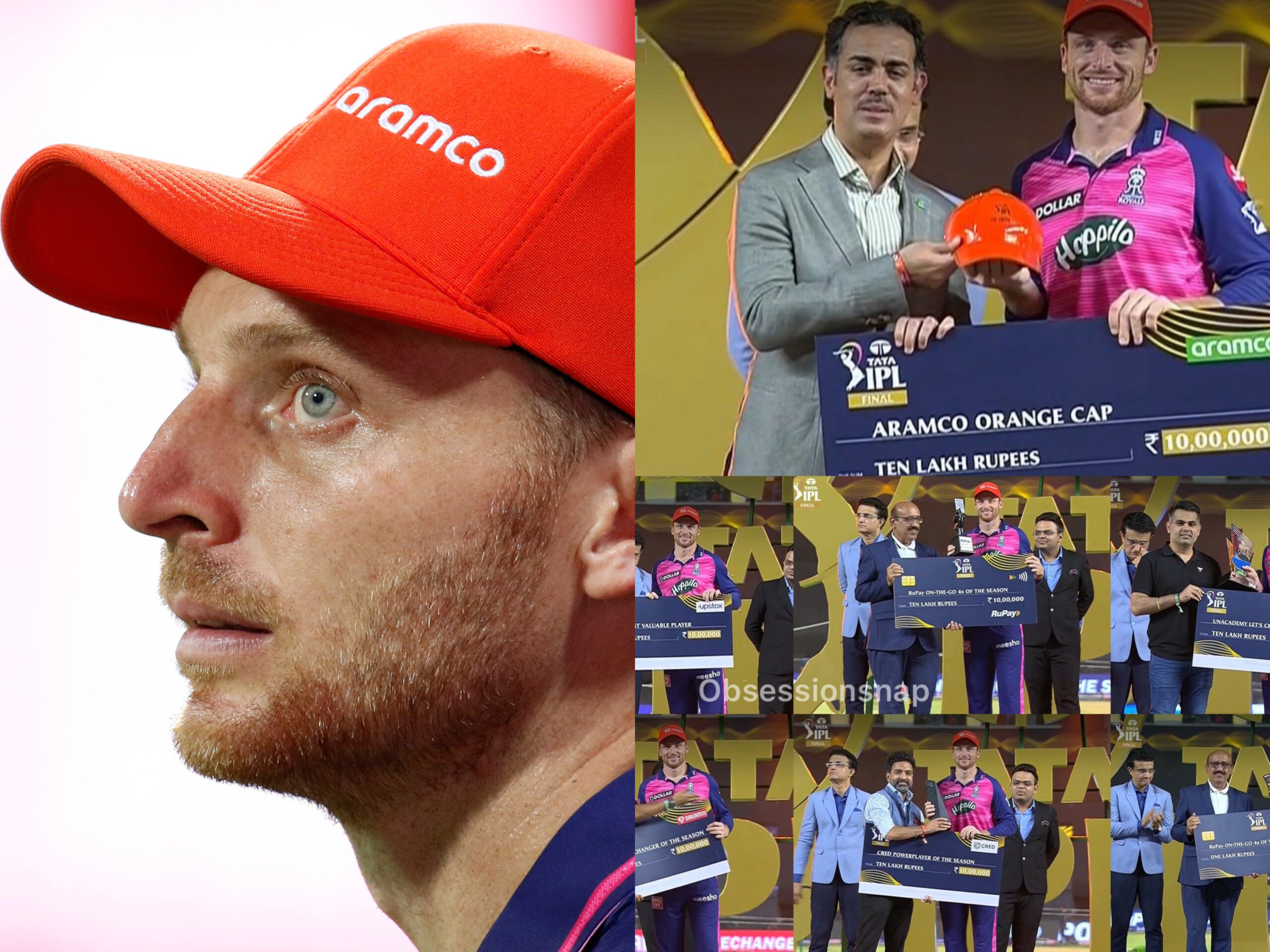 Jos Buttler wasn’t at his best during the IPL final, played tonight between Gujarat Titans and Rajasthan Royals. The Orange Cap winner scored 39 runs off 35 balls at a strikerate of 111, managing to find the boundary five times in his innings. Buttler was the last of the Royals’ remaining hopes, and once he was gone they limped to 130-9 after opting to bat first.

The Royals managed a decent  powerplay score of 44-1, due largely to Yashasvi Jaiswal’s 23(16) before he was dismissed by Yash Dayal in the fourth over. Buttler’s score in the powerplay was 10(14).

Buttler showed a few brief phrases where he looked hopeful of taking off. He creamed Lockie Ferguson for a couple of fours after the powerplay. After scoring 23 at a run-a-ball for the first ten overs, he then struck consecutive boundaries to slam 11 runs off Mohammed Shami in the 10th over.

But then he was joined by Devdutt Padikkal, who struggled for eight balls until he finally got off the mark. The pressure was building on Buttler too as only eight runs came from two overs. A few balls after GT vice-captain Rashid Khan took care of Padikkal, Hardik Pandya showed up to take the most crucial wicket of the Royals’ side. The hard length delivery outside off produced results time and time again tonight, and it Buttler, trying to play it away, only ended up edging it to wicketkeeper Wriddhiman Saha.

Despite his failure in the final, Buttler is one of the main reasons behind the Royals reaching their first final this year since 2008. He averages 57 with 863 runs from 17 innings this season, the second-highest by any batter ever in the IPL behind Virat Kohli’s 973. He’s also struck four fifties and four hundreds,once again equaling Virat Kohli’s record for most number of hundreds in a season by a batter. What’s more, his runs have come at a strike-rate of 149.

Royals’ fans on Twitter were disappointed with their star batting failing to show up when his team needed it most, but acknowledged that this one of the greatest IPL seasons of all time by any batter.

Jos Buttler sitting in the dugout, staring at nothing, is painful to watch. The man literally set this season on fire, brought his team all the way to the final.

Basically, Jos Buttler has all the awards tonight except the IPL trophy #IPLFinal

Jos Buttler can buy a house in India with the money that he has collected in the last 15 minutes. 🥲