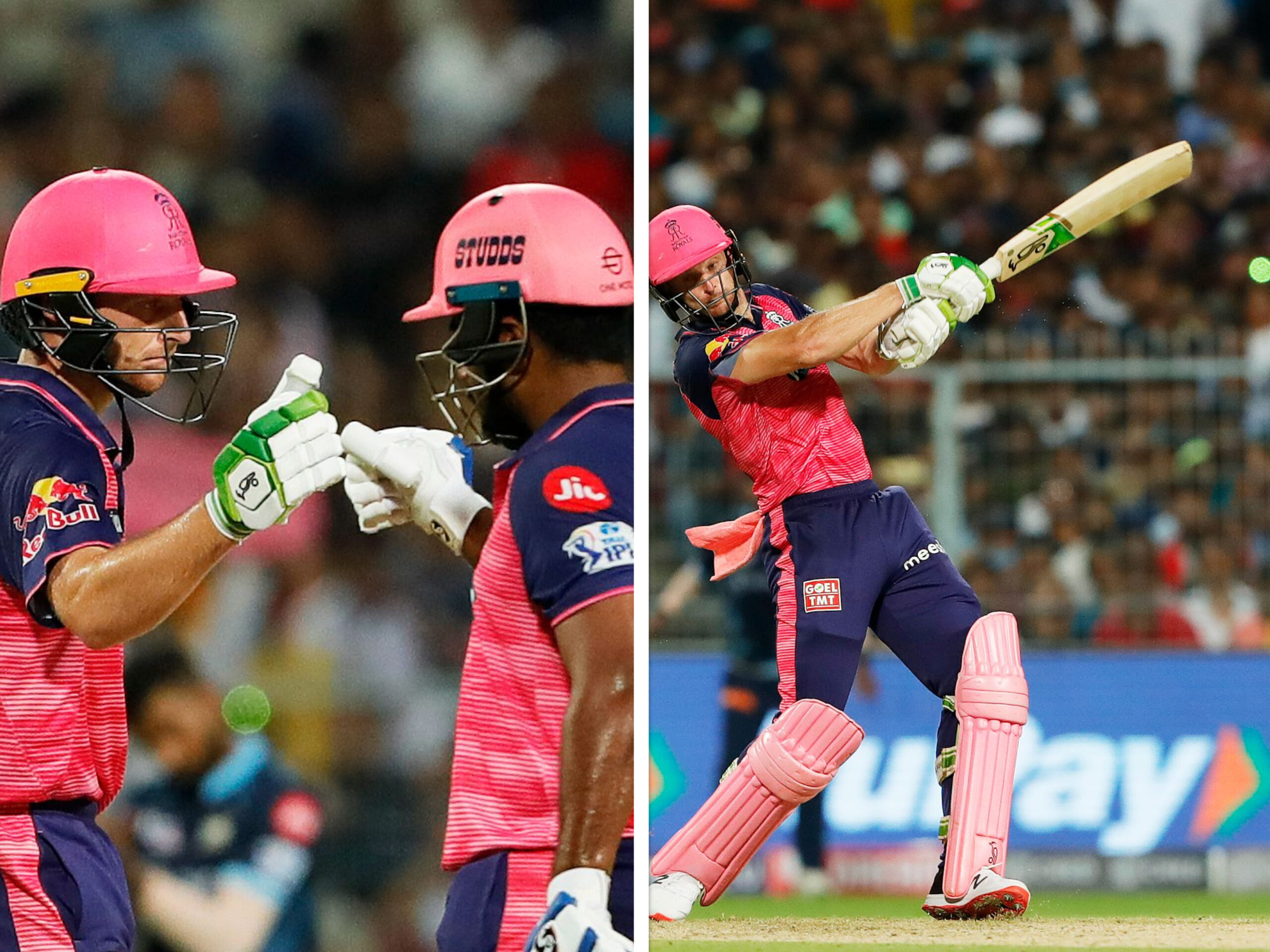 Jos Buttler played a wonderful innings for the Rajasthan Royals against Gujurat Titans in the first Qualifier of the IPL playoffs on Tuesday. The opener hit 89 off 56 balls, smashing 12 fours and two sixes during his knock at a strikerate of 158.9. Buttler’s fifty set up the Royals’ innings, helping them to set the Titans a total of 189.

Before the start of the 16th over, Buttler had scored 39 off 38 balls. He then plundered 50 off the next 18 balls he faced as the Royals looted 64 runs from the final five overs. The assault against Yash Dayal was particularly barbaric, with Buttler slamming four fours off what turned into an 18-run over. Next Alzarri Joseph was pumped for three more boundaries, and Mohammed Shami wasn’t spared either. Buttler’s two sixes came off the last couple of overs of the innings, one each off Shami and Dayal.

Buttler batted till the last ball of the innings, where he was run out on what should’ve been the last ball of a chaotic over. He tried to swipe a shot to long-on, and was found far short as he raced back to a couple. Ironically it turned out Yash Dayal had overstepped, but Buttler still had to go. GT finally completed their innings after a wide and another runout.

The explosive England wicketkeeper took a while to get the engine running. His big scores this season have consisted of taking off in the middle overs or back end after going at a run a ball for the first 20 or 30 deliveries. In the games where he has been able to convert his ponderous starts, Buttler has gone on to play defining knocks. The latter half of the season brought a mild slump, but the Royals will be delighted at his timely recovery.

Jos Buttler is having the tournament of his life. He’s the highest run-scorer of the season by a huge margin, averaging 51 from 14 innings. He’s hit 718 runs at a S.R. of 148, and also smashed three hundreds and four fifties.

Jos Buttler's form has been so perfect for Royals. That's how the tournament is. Cannot perform all the time. He is peaking exactly when required. First half and now the playoffs. #IPLplayoffs #RRvsGT

Is that Jos Buttler standing up in big games? Yeah.

Been an extraordinary and extraordinarily strange season for Jos Buttler, but he needs 18 runs in his next innings to join Warner and Kohli on the podium of leading IPL run-scoring seasons. With the responsibility this Rajasthan balance places on him, that's a huge achievement.

Nothing more aptly sums up Buttler's weird tournament than him scoring 89(56) and still being able to say he's a bit out of form. https://t.co/a1FVAmL5NX

Dhoni at his peak gave the assurance that he just won’t get out and will deliver in the end, Buttler sometimes gives that feeling