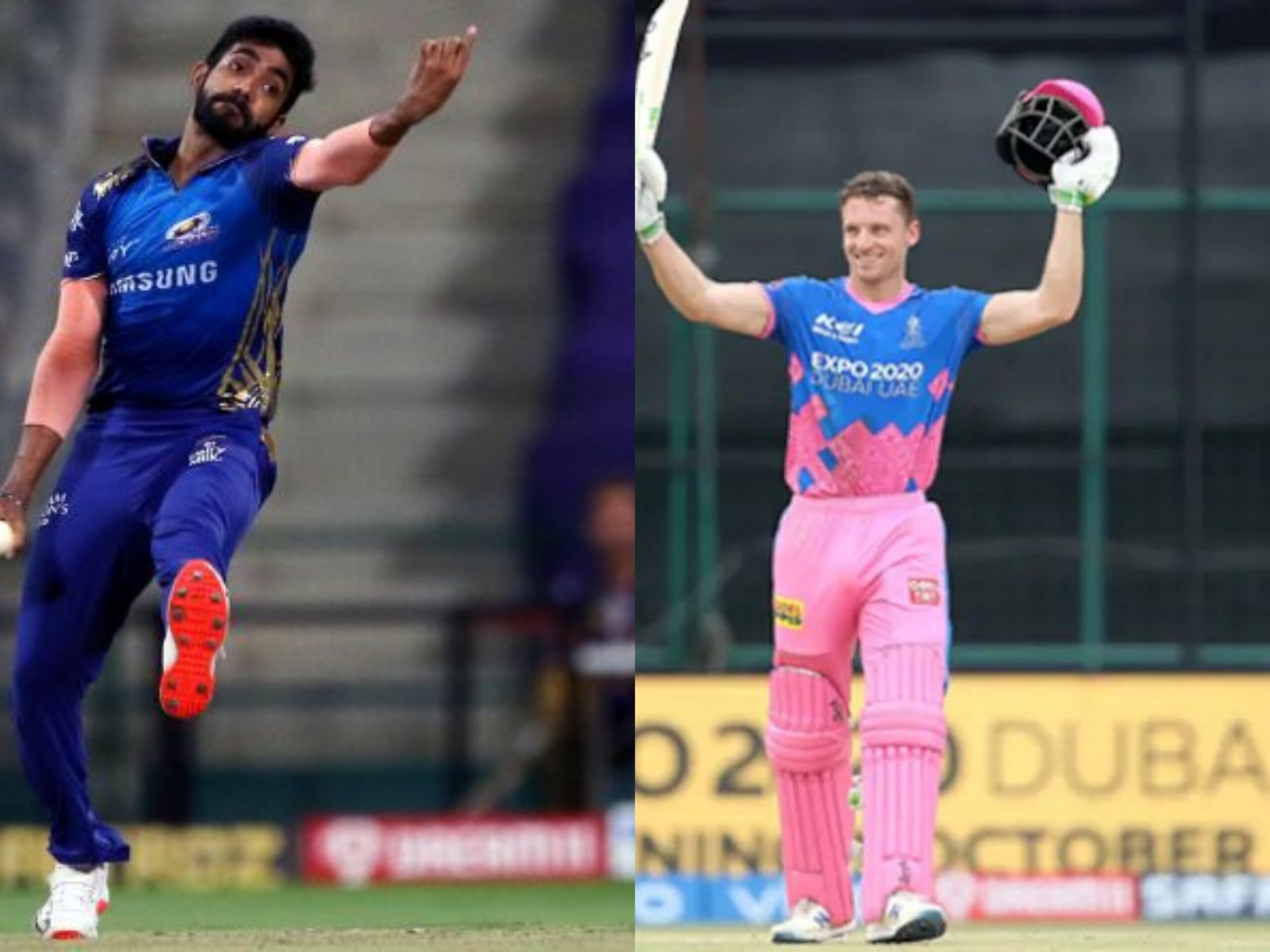 Rajasthan Royals batter Jos Buttler has scored the first century of IPL 2022. The star Englishman opened the batting and hit an even 100 from 68 balls at a strike-rate of 147. He particularly enjoyed the bowling of Basil Thampi, whom he whacked for 26 runs in a single over that contained thee sixes and 2 fours. Overall, he managed an astounding 11 fours and 5 sixes from his innings, hitting cleanly over the rope at will.

At the back end of RR’s innings, Shrimon Hetmeyer had taken the spotlight for a while with his insane 35 from 14 balls. Buttler, on 98 had not faced strike for nearly two overs. Finally, on 99 he was set to face the first ball of Jasprit Bumrah’s final over. It was a rattling, swinging yorker at 145kph that struck Buttler’s pad, and he scarpered for a run. Luckily, he managed to get the inside edge of the bat and the decision was not-out.

MI appealed, heavily, and 31-year-old Buttler didn’t celebrate even after crossing strike. His subdued reaction was due to confusion over the massive appeal, and MI’s subsequent DRS review (which they lost). He was also slightly disappointed that RR weren’t able to go big in the death overs.

Jos Buttler was a bit frustrated at the end, RR were set for a bigger target than 194

“I thought I knew, but never quite sure, so just wanted to wait and see,” Buttler said. “I got a bit frustrated at the end, but I felt okay. I slowed down a bit, I couldn’t get the ball the way I would’ve liked. So we could’ve got a few more, but you know the start of the day at 194, we would’ve taken that,” he added.

Though he happily exploited Murugan Ashwin and Thampi, Buttler struggled to middle the ball against Jasprit Bumrah. The pacer opened the bowling for MI and tested both openers, giving away only 9 runs from two overs. Buttler managed to score off of only two deliveries, out of the eight he faced from that opening spell. But along came Basil Thampi, and the game swung RR’s way after that.

Bumrah didn’t return until the 14th over, by which time Buttler and Sanju Samson had plundered 123 runs. The two batters chose not to take risks and he bowled another tight over, giving away only 6 runs. That was their plan, according to Buttler who said, “Mumbai always attack me with Bumrah, he’s one of the best bowlers in the world, so it’s hard work. I thought that over was a short leg-side boundary. This time we tried to really accelerate,” Buttler told broadcasters.

Bumrah returned in the 19th over, with Royals poised at 182 and on track to cross 200. But Bumrah’s exceptional over, where he took the wickets of Buttler and Hetmeyer while conceding just three runse put a damper on the Rajasthan innings. The 31-year-old is happy to be back playing cricket after a two-month long break from the game. He said, “It’s a great feeling, nice to contribute. A bit nervous [at half-time], not sure if it’s a good score or not.”