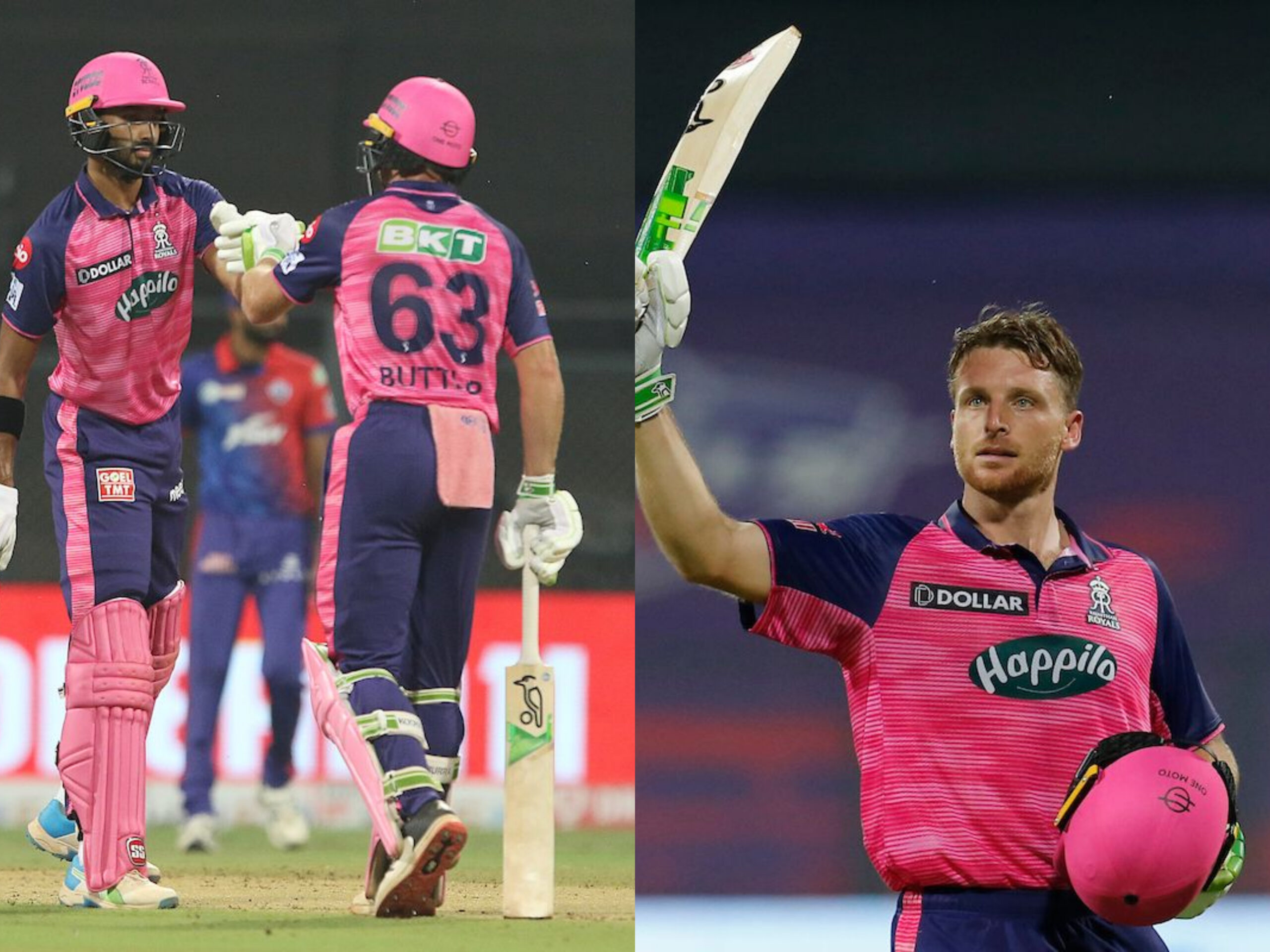 Jos Buttler is unstoppable. His latest feat came during the Rajasthan Royals’ game against Delhi Capitals, when he scored his second consecutive IPL hundred, and his third of the season. Of the four tons scored in this year’s IPL, Buttler has now hit three of them. This one came in just 57 balls, at a strikerate of 171. He was finally dismissed after scoring 116 off 65 balls.

The Capitals were simply bystanders in the Buttler and Devdutt Padikkal show. The two put on a 155-run stand for the first wicket inside the first 15 overs, the highest ever partnership for the Royals for any wicket. DDP was finally dismissed by Khaleel Ahmed after making 54 off 34 balls, but the damage had already been done.

Buttler took a bit of time to get in, with a relatively slow first half of the powerplay. Aside from a couple of streaky fours off Khaleel, Royals managed 12 runs off the first three overs. His partner DDP was due for a big score, and took the onus on himself to get the scoreboard moving. Buttler quietly batted out the first 14 balls of his innings, scoring 11 runs, but then took the attack to DC with a couple off sixes against Khaleel in the fifth over.

After that, Buttler simply continued batting where he left off in his last game against the Kolkata Knight Riders. He didn’t target any bowler in particular, but treated them all with utter contempt. Lalit Yadav was perhaps the worst hit by the Buttler cyclone, with two of his overs bleeding for 17 and 18 runs each.

After reaching his 50 off 35 balls with a drive through cover off Lalit Yadav in the 11th over, Buttler moved his innings into fifth gear. He took just 21 runs to score the next 51 runs, hitting a total of eight fours and six sixes along the way. At last he was dismissed by Mustafizur Rahman, holing out to David Warner at long. His 116-run innings, the highest of IPL 2022 so far, included nine fours and nine sixes.

Buttler 2022. Might even get close to Kohli 2016 at this rate. Almost halfway there.

Top tier of Wankede! Won’t be surprised if he hits one into Brabourne at this rate.
My word he’s a sweet sweet timer of the ball is Buttler 🙌🏼 #RRvsDC

Batting on a completely different level at the moment and you have to doff your hat to him. Bowler's don't have much of a chance against him. Scoring runs for fun.

Not many players make a live match look like live highlights but Jos buttler does.

This time last year, Jos Buttler had never scored a T20 hundred. Now, he’s scored 5 in his last 24 innings – and 4 in his last 8 IPL innings

Jos Buttler is the first batter in IPL history to score 4 centuries in a sequence of 8 innings. #IPL2022