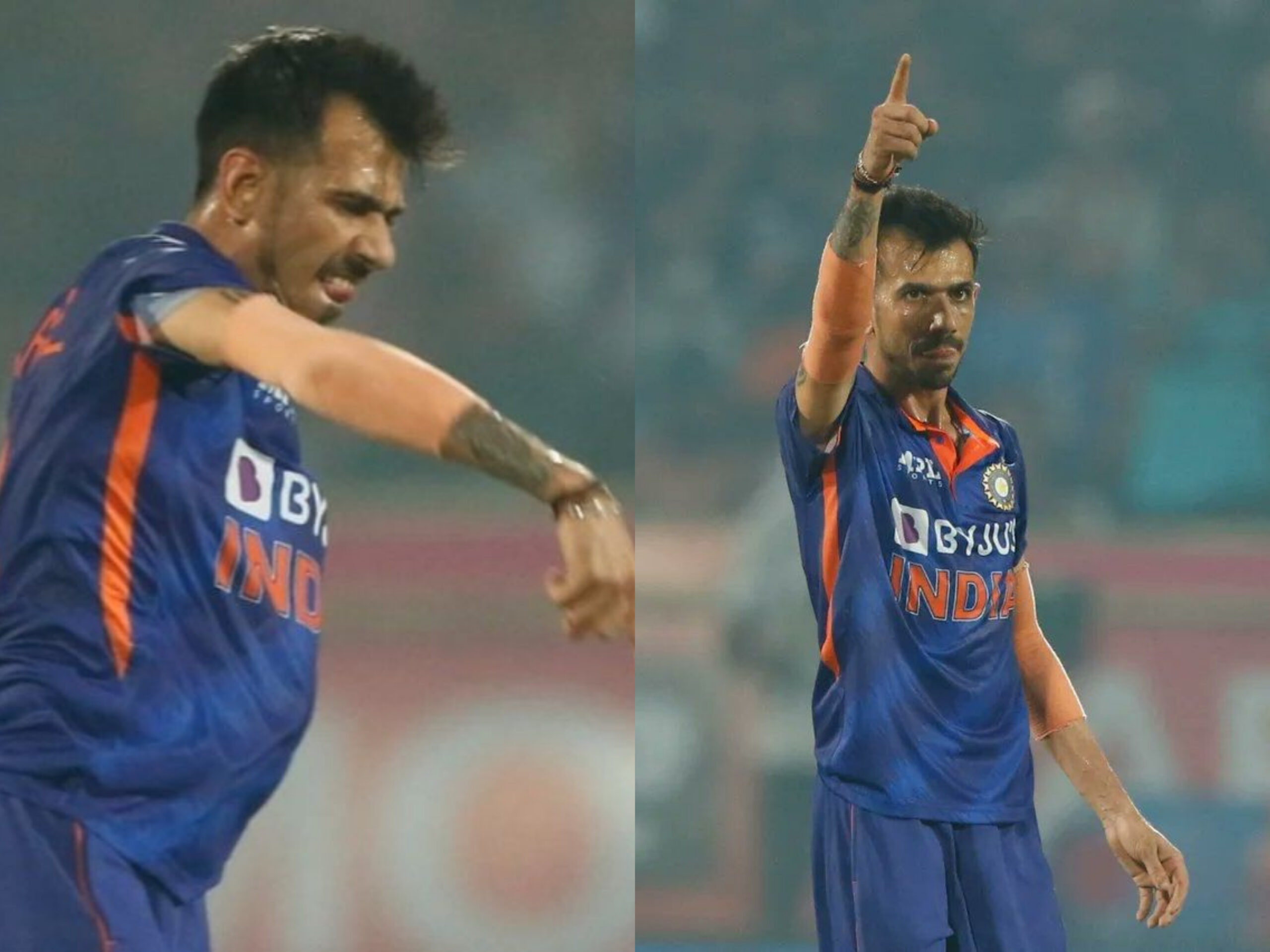 Yuzvendra Chahal spun circles around South Africa in the the third T20I of their tour of India. With India defending 180, Chahal took figures of 3-20 from his four overs as SA closed up shop for 131, bowled out in the last over of their unsuccessful chase. India keep their hopes for the series alive with this 48-run win, bringing it to 2-1 after losing the first two games.

After a highly satisfactory IPL which he ended as the season’s highest wicket-taker with 27 dismissals in 17 games, Chahal had some trouble transitioning back into international cricket. He was expensive in the first T20I, going wicketless in his two overs while conceding 26 runs. In the next game he picked up the wicket of Tembu Bavuma, but his four over quota bled for 49 runs in an innings where the scoring rate was only 7.5.

Yuzvendra Chahal took 3-20 after conceding over 12 r.p.o in the first two games

Today, with the series on the line, Chahal stepped up. He was introduced in the fifth over, but made a breakthrough immediately after the powerplay. Rassie van der Dussen, India’s tormentor from the first match was his first victim. Today Rassie could only score 1(5) before Chahal pitched one on leg stump that drifted away, and it took van der Dussen’s edge to land in the hands of elated wicketkeeper and skipper Rishabh Pant. SA were now faltering at 40-3.

Chahal’s next over produced a wicket too, that of the dangerous Dwaine Pretorius. After being whacked for a four, Chahal exacted his revenge – a flat ball on the stumps saw Pretorious trying to play a late dab, but once again all he managed was an edge that went to Rishabh. Chahal’s impact on the game was huge now, with SA now reeling at 57-4 with over 11 r.p.o required.

When Chahal returned in the fifteenth over, SA still needed another 85 runs. Heinrich Klaasen was the only recognised batter still left, and Chahal removed him to shut the door firmly on SA’s hopes. Chahal sent down a wide, full delivery, and Klaasen could only send it sailing into the hands of Axar Patel at extra cover. Klaasen had to go after making 29(24), and India chipped steadily away at the remaining wickets until they were bowled out.

Twitter was delighted with the legspinner’s comeback after his tough outings in the first two games.

Many congratulations to the Indian team on their brilliant win 🇮🇳 What an outstanding display of game by the entire team. A superb knock by @Ruutu1331 and sensational performance by @yuzi_chahal and @HarshalPatel23. Well played boys!👏🎉 #INDvSA

My player of the match would be @yuzi_chahal. Broke the back of SA middle order. 4-0-20-3, conceded just one boundary. Super stuff 👏🏽 #INDvSA pic.twitter.com/7mAdwebrQT

Much needed comeback for Yuzi chahal in this series ! Just 13 runs off his 3 overs with 2 wickets
Terrific 🔥 pic.twitter.com/Zo7gmfqp4R

Just 2 bad matches and people forgot that Yuzi Chahal will always be the Match Winner for India 🙌#INDvsSA pic.twitter.com/sYXZRDCoOX