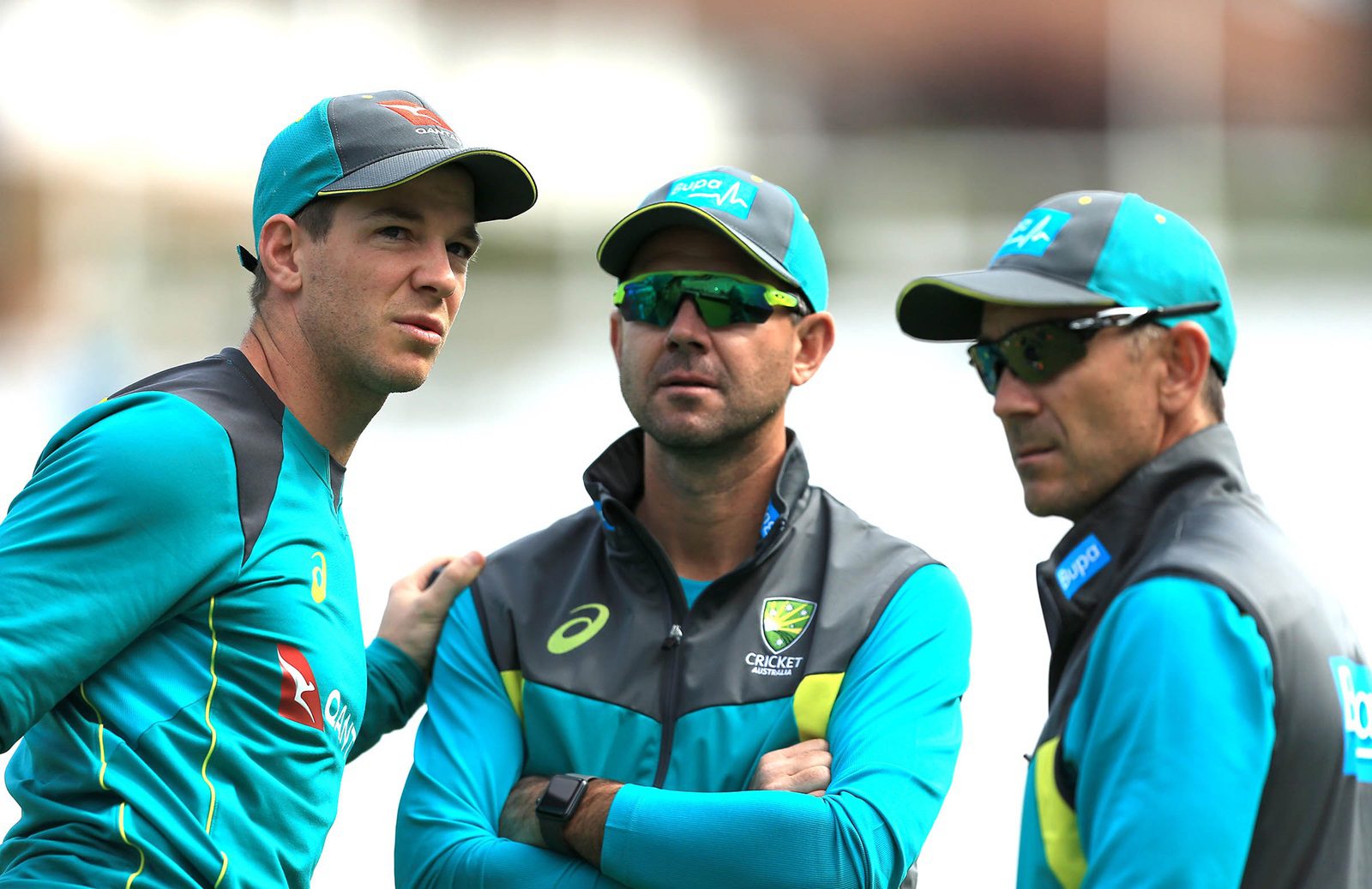 Ever since the chaos that Tim Paine has found himself in, Australian coach, Justin Langer opened up about the former Aussie skipper. Paine stepped down from captaincy after his sexting scandal with his former colleague came to the fore.

Just ahead of the Ashes, Pat Cummins was ennobled with the honour of leading the Australian side in the hallowed cricketing contest. Langer said that he had grown some intense bond with Paine as the duo came really close.

Every single answer that Justin Langer gave about Paine, it never felt that the duo shared the relationship of a coach and his protégé. It always felt like two best friends coming home.

There were a lot of emotions running wild as Langer started raving about Tim Paine. In fact, Langer has paid a visit to Hobart earlier this year to check on Tim Paine.

Langer spoke at how Paine was holding up after the entire incident. He also shed some light on what the future for Tim Paine can be. Despite Langer maintaining his professional stance, his expressions and words clarified the fact that what Tim Paine means to him.

This is what Justin Langer had to say about Tim Paine

Langer quoted that Paine’s life has changed forever after the chaos that came out in the open. He was heard quoting, “I’m very sad for what’s happened. He and I have been through a journey like we have with all this group. He’s one of the best people I have met in cricket, so it was nice to go down and see him. He’s obviously shattered with what’s happened. Because he’s been such an exemplary figure in Australian cricket for the last four years.”

Langer also emphasized the fact that Paine didn’t comprehend the fullest extent of the entire mishap when it unfurled. Given the seismic inquest that has been launched, he realized the magnitude of the howler that he has made.

Langer continued, “I heard about it, I think I was getting on a bus on the way to Englandz about an incident. Because Painey told me about it. That was nearly four years ago. And literally the first I heard about it after that was the day or two days before he resigned. So, I had no idea about an investigation. I didn’t know anything about that. I obviously know deeply the full story now and the context of it all. But I certainly didn’t know that before. And again, what other people make of it again is completely out of my control.”

The situation for Paine has split open a new crevasse for Langer as a few months back there were issues that led to the friction in trust between the players. This came on the back of Australia’s loss to India that allowed India to do a double in the last three years.

Langer quoted, “I’m growing all the time. No doubt about that. It’s a tough business, I’ve been in it for 30 years and you learn to grow and evolve. You’re always under the spotlight.” He continued, “We live in a world of perfectionism, don’t we? We’re a very judgmental society.”

He concluded by saying, “And as I said at my very first press conference, I was asked about Steve Smith and David Warner and Cameron Bancroft, there’s not one person who’s asking questions … or who is listening to this who hasn’t made a mistake in their life. There’s not a single person. And our captain, one of the best, made a mistake and is paying a heavy price for it. I continually see in this job, and I see in this society we live in, is it can be brutal. You learn your lessons, but we live in an unforgiving society and that’s a real shame.”