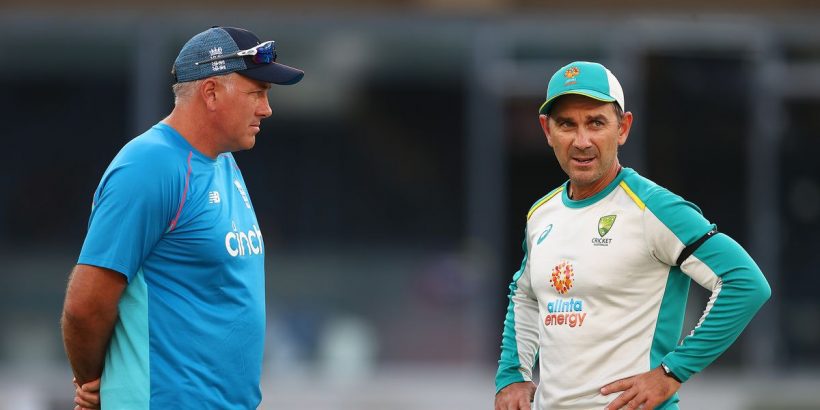 The England and Wales Cricket Board (ECB) may be prepared to spend an eye-popping amount of money to employ Justin Langer, who just resigned from his position as head coach of the Australian cricket team. To keep him till the T20 World Cup this year, he was given a short-term extension. He turned it down. A large number of his teammates have expressed support for the idea of extending his contract.

After Justin Langer turned down the offer, former players such as Ricky Ponting and Adam Gilchrist took to social media to criticise Cricket Australia (CA) and Test captain Pat Cummins for their actions. Mitchell Johnson, a former Australian pacer, went on to argue that Cummins had failed his most important test as captain. According to Johnson, Cummins did not advocate vigorously enough for the renewal of Langer’s contract.

Under his guidance, the squad advanced to the World Cup semifinals, in 2019. In the following years, they went on to become the first team since the Steve Waugh-led 2001 squad to successfully defend an Ashes series in England. The Australians have also won the home series against Pakistan and New Zealand, and they recently beat England in the Ashes series after winning the T20 World Cup in 2021 in UAE.

Following the dismissal of Chris Silverwood as England’s head coach, Justin Langer might be in the running for the position

According to Tom Harrison, the England and Wales Cricket Board’s chief executive, the board would seek the best candidate while taking into consideration the budgetary restrictions. “We have to make the best judgments possible when it comes to coaching costs. You are, without a doubt, coaching England. We need the greatest instructors available to us to do this,” Harrison stated, according to inews.co.uk.

The likes of Matthew Hayden and Ricky Ponting had something to say about Justin Langer’s blunders.

Former Australia opening batter Matthew Hayden and former captain Ricky Ponting have both expressed their opinions on Langer’s departure from the national team. Given Justin Langer’s four-year career with the ECB, Hayden has proposed that the ECB should sign him, while Ponting said that it was an unusual moment for a coach to step down.

“Sign him up for the programme. Imagine what he might do with England if he were able to turn over Cricket Australia in four years. May God assist us,” Hayden added.

“It seems to be an odd time for a coach to be going at this hour. I honestly believe it’s a pretty sad day for Australian cricket,” Ponting expressed his displeasure with the outcome.