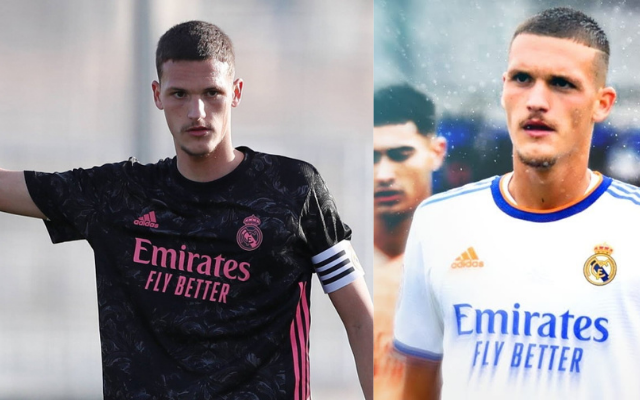 Rafa Marin, a promising defender for Real Madrid who is in the last year of his deal with the Spanish giants, is said to be of interest to Juventus

The print edition of Tuttosport, as reported by Calciomercato, says that Rafa Marin, a young player for Real Madrid, has become a transfer target for Serie A powerhouse Juventus this summer.

Marin is in the last year of his contract with Real Madrid, which has led to rumors about what he will do next. Los Blancos have already turned down several offers for the young defender and plan to give him a new contract.

But that hasn’t stopped Juventus from showing interest in signing Real Madrid’s Rafa Marin. The Bianconeri need to add to their defense this summer because Giorgio Chiellini left as a free agent and they had to let him go. Matthijs de Ligt is also on the verge of leaving. Bayern Munich and Chelsea are both trying to sign him.

So, Massimiliano Allegri’s team is looking for a new central defender. The Italian giants are competing with Chelsea and Barcelona to sign Kalidou Koulibaly, and they have also set their sights on Real Madrid’s young player Marin.

What’s next for Marin?

But it might not be easy for Bianconeri to sign the 20-year-old La Fabrica graduate. As was already said, Real Madrid has no plans to sell Marin right now, and they have already turned down many offers for the Spanish prospect this summer.

So, there is a good chance that if Juventus make an offer, Real Madrid will turn it down. The 20-year-old Marin is unlikely to get regular playing time with the first team at the Santiago Bernabeu this season, but he is likely to sign a new contract and stay in Madrid to continue his development with Castilla.