Where to watch K7 kabaddi Stage Up 2021 Live Streaming Matches? 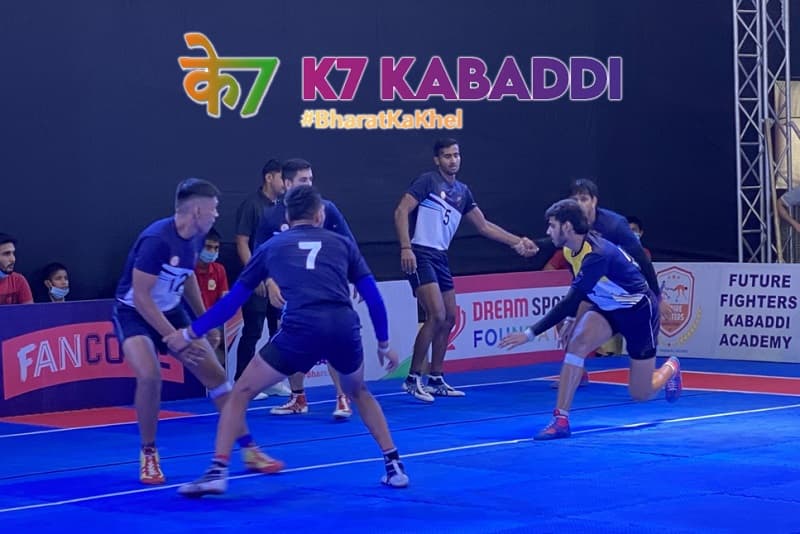 Kabaddi was a rural sport played mostly in the northern states of India. However, it is now recognized as a professional sport all over the globe. the viewership for Kabaddi increases every year making it a huge success for the teams, players, and the organizers of the competition. K7 Kabaddi Stage competition is the Under-21 men’s kabaddi competition.

K7 Kabaddi Competition starts on 22nd July 2021. The entire competition will take place at Future Fighters Kabaddi Academy in Palra, Gurugram. The teams will face each other in a round-robin format, where they are split into 2 Pools, Pool A and Pool B. Moreover, let’s see how the teams will proceed and where to watch the live match.

Where to watch K7 kabaddi Stage Up 2021 Live Streaming Matches?

Since K7 Kabaddi Stage up will not be telecasted live in India, there are other sources where we can watch the match by streaming it live on our devices. FanCode will be providing the live action of all the matches in the K7 league. They will stream on their website as well as on their app.

K7 Kabaddi Stage Up Tournament is a 17-day event, starting on July 22. It will feature 59 matches with more than 140 players and coaches participating from across Haryana. FanCode aims to bring back live kabaddi action to the fans who have been waiting for the sport to resume. You can also visit kabaddiadda.com for the live scores and details of the entire match.

After winning the match pool wise only 3 teams from each group will move towards the Super 6 round. here teams will compete in a single-round robin format. the teams who win the Super 6 will advance towards the Playoffs comprising of Qualifier1, Eliminators, Qualifier 2, and then Finals.

Bhaini School won the 1st match of the league against Chhaju ram Kabaddi Academy by 37 points.

The match was tied, both teams scoring 35 points

The match was tied scoring 48 points each.

Parveen and Jasvir Panipat Kabaddi Academy won by 20 points against the former.