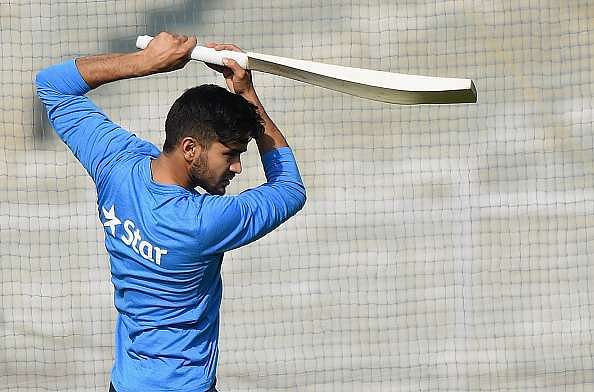 Karnataka will be up against Rajasthan in the Preliminary Quarter-Final of the Vijay Hazare Trophy 2021/22 on Sunday, 19th December at the Sawai Mansingh Stadium, Jaipur.

Karnataka had a decent showing in the group stage of the Vijay Hazare Trophy 2021/22 as they finished at the second spot in the Elite Group B points table with three wins in five matches. They suffered a four-wicket victory in their previous match against Bengal and would be hoping to make a strong comeback to book their spot in the Quarter-Finals.

On the other hand, Rajasthan performed admirably in the group stages finishing at the top of the Elite Group E points table having won four of their five games. They were defeated by Services in their last game which cost them a direct entry in the quarter-finals but will now aim to bounce back and move forward.

Karnataka vs Rajasthan Head to Head

Karnataka and Rajasthan have faced each other only on one occasion in the Vijay Hazare Trophy. Their only meet came in March 2007 where Rajasthan emerged out on top with a comfortable six-wicket victory over Karnataka.

The wicket at the Sawai Mansingh Stadium is ideal for batting. The ball comes onto the bat nicely making it easier for the batters to execute their shots. We can expect the spinners to get some turn in the latter stages but it will be the batters who would dominate the game.

The weather in Jaipur is forecasted to be clear and sunny without any chances of precipitation. The temperature at the venue might hover around 21 degrees celsius.

The match between Karnataka and Rajasthan is expected to be a nail-biting one. Both sides come into this game after a defeat but given the experience and strength in Karnataka’s lineup, they are anticipated to come out on top.