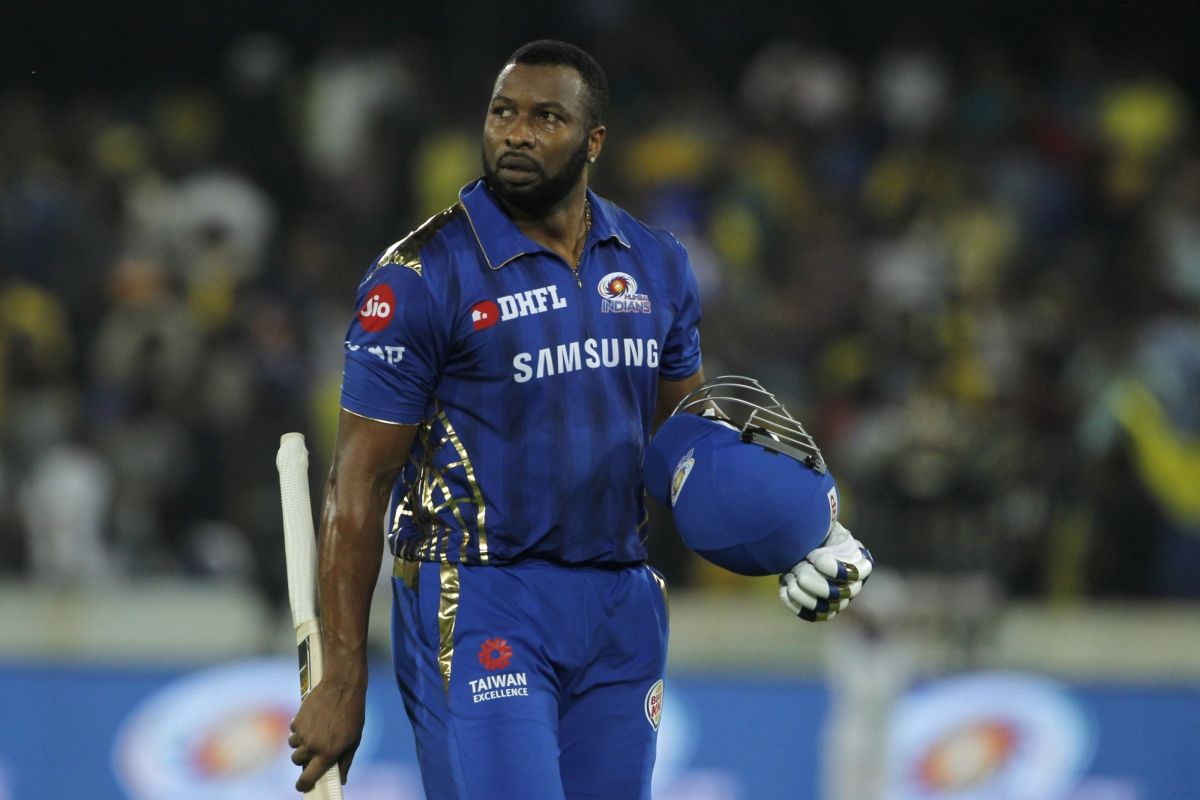 Kieron Pollard had another rough day out for the Mumbai Indians in their fixture against Kolkata Knight Riders on Monday. The West Indies all-rounder scored 15(16) during MI’s run-chase of 165, and bowled two overs earlier where he conceded 26 runs. MI eventually folded for 113 all out, handing KKR a 52-run win, becoming only the second time in IPL history they’ve lost to KKR twice in a season.

So far, Pollard has made 144 runs from 11 innings with a top score of 25. He averages just under 15 but what is truly troubling for Mumbai is his strike-rate of 114. The once unstoppable all-rounder has now failed to deliver with both bat and ball, and been unable to take his side home in even a single run-chase this season. The 34-year-old recently retired from international cricket, giving up his limited overs captaincy as well to focus on franchise cricket but the decision hasn’t paid any dividends till now.

From the time he arrived in the 10th over, wickets continued to fall in a heap around him until MI were bowled out. Tim David was uncomfortable against spin and fell to Varun Chakravarthy. It was during the same over that Pollard managed his lone six of the day, smacked over long-on. He was a silent spectator at the non-striker’s end as Pat Cummins laid waste to the MI middle order, bouncing out Ishan Kishan, Daniel Sams and Murugan Ashwin in a single over.

With MI at 102-7 with five overs to go, the result was all but a formality. Still, Pollard could’ve used the opportunity to free his arms; instead he ran out his partner Kumar Kartikeya in the 17th over, and was dismissed in a bizarre fashion himself soon after. His former West Indies teammate Andre Russell bowled him a length ball on the stumps; Pollard tried to heave but ended up sending the ball far, not in terms of distane but miles up in the air. The wicketkeeper fluffed the catch, by KKR were prepared for the drop. Varun collected the ball quickly and hurled it tot the waiting Shreyas Iyer at the non-striker’s end, and Pollard was found short of his crease by several feet.

As an Mumbai Indians fan, this is just so sad to see Pollard like this. 💔

At this time Pollard is more finished than:

2. A glass of cold water in front of a thirsty person in Delhi summer.

idc how Pollard plays in the last few games. shouldn't change the fact we need to release and move on from him 👍

Pollard can win this. He has done it in the past in video games and dreams