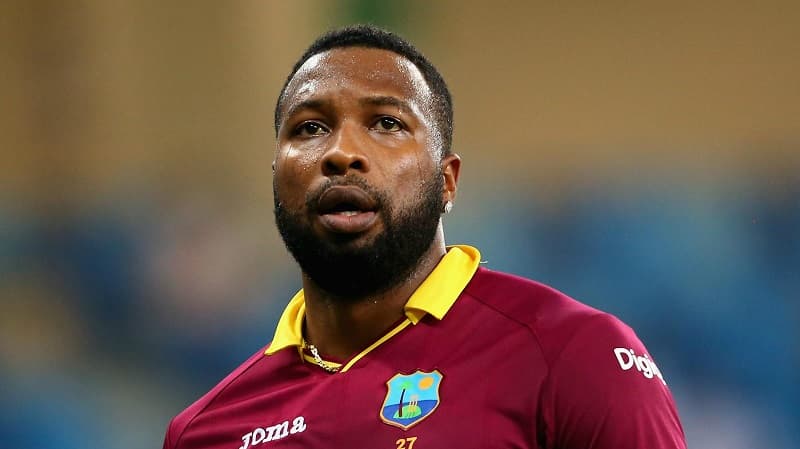 Kieron Adrian Pollard is a Trinidadian Cricketer who was born on 12 May 1987 in Tacarigua, Trinidad. Check Kieron Pollard Net Worth 2021/22, Salary, Central Contract, Personal life All you need to Know.

He is the captain of the West Indies cricket team in the limited-overs format and Trinbage Knight Riders in the Caribbean Premier League. Pollard is an aggressive Rounder. He is a right-arm medium-pace bowler and right-handed big-hitting batsman in the middle order. He was the joint highest-paid player in the 2010 Indian Premier League, for Mumbai Indians.

Kieron Pollard has an estimated net worth of Rs 100 crores as of now. He earns through playing cricket and is also a good investor.

Pollard is a key all-rounder in the Mumbai Indians squad and has contributed to many crucial games. He is one of the highest-paid players in the squad. Mumbai pays Pollard an annual salary of INR 5 Crores 40 lakhs. His total earning from IPL is around INR 74.5 Crores.

Kieron Pollard has been given a contract by the Cricket West Indies. He has been included in the limited-overs format contract.

In 2012, Pollard got married to Jenna Ali. They are happily married and have two sons and one daughter.

Pollard made his senior debut for Trinidad and Tobago in the twenty20 competition against the Cayman Islands in July 2006. After six months, he made his first-class debut against Barbados and scored a century against them. In his List A debut, he was 46 not out and he successfully made an impression on the selectors for the coming world cup. Against Jamaica, Pollard showed his bowling ability, claiming four wickets in his seven overs to claim his fifth man of the match award in his 15th match.

Trinidad and Tobago remained unbeaten in the 2006–07 KFC Cup, beating the Windward Islands in the final to claim the trophy. Kieron Pollard made his debut for Mumbai Indians on 17 March 2010 against the Delhi Daredevils at Feroz Shah Kotla in Delhi. He was bought by the Mumbai Indians for $750,000.

Pollard was made one of the ten reserved players of the West Indies Cricket Team for the 2019 Cricket World Cup in May 2019. In December 2019, during the series against India, Pollard became the fourth batsman for the West Indies to score 1,000 in T20 cricket. On 3 March 2021, Pollard hit six sixes in an over in a T20 match.