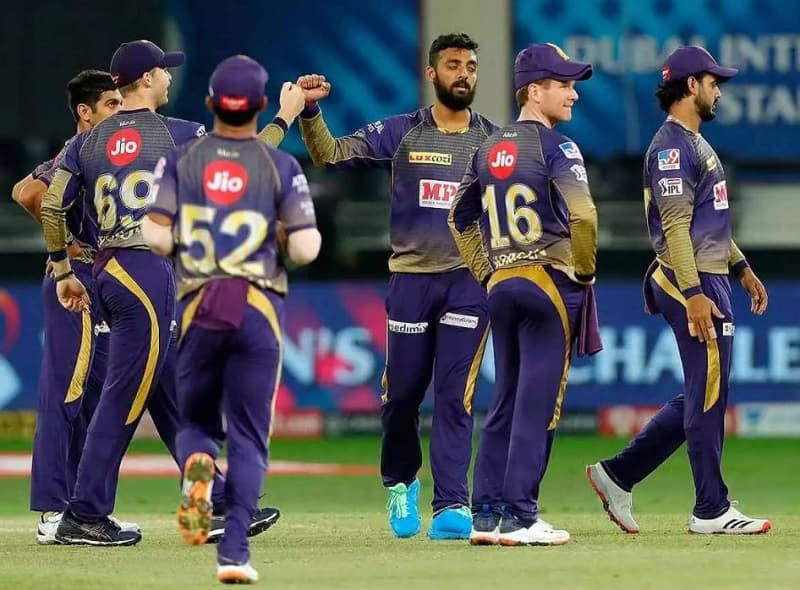 Kolkata Knight Riders is a popular team that features in the annual IPL tournament. It was established in the year 2008. The team is based in Kolkata, West Bengal. The team squad is so strong that each player excels in its form. So in 2019, their value was estimated at ₹629 crores (US$88 million). Check KKR Players Salary 2021, Highest-Paid Players.

The team is owned by famous Bollywood superstars Shah Rukh Khan and Juhi Chawla. Many players have stayed in the team since the 1st season of IPL. However, everyone should be given a chance, especially the youth, so few changes in the KKR squad were made. Here, take a look at the salary of Kolkata Knight Riders Players in 2021, Who Are The Highest-Paid Players In The KKR Team.

Kolkata Knight Riders knew as KKR consists of many skilled and outstanding players. The players like Sunil Narine, Andre Russell, Ben Cutting who play on the field like an absolute thunderbolt, give a tough time to their opponents. The reason why this team has a huge fan base is because of their excellent fielding skills.

Check out the entire list of players, salary, and their roles in the team.

Who Are The Highest-Paid Players In The KKR Team?

Pat Cummins is currently the highest-paid player in the team, Kolkata Knight Riders. With an earning capacity of Rs. 15.5 crores, this Australian lad is fast pace bowler. He is vice-captain of the Australian team. However, he is currently unavailable to play in the team due to personal reasons.

The Second most paid player in Kolkata knight riders is Sunil Narine. Sunil has been in the franchise since 2018. He plays for West Indies in One-Day internationals. These Trinidadian spin bowlers get a sum of Rs. 8.5 Crores in IPL.

Kolkata Knight Riders won their first IPL title in 2012, defeating CSK. They won the second title in 2014 against, Kings XI Punjab. Nevertheless, they have qualified for the playoffs consecutively for 3 years Theron. Thus making them a competitive team in IPL.