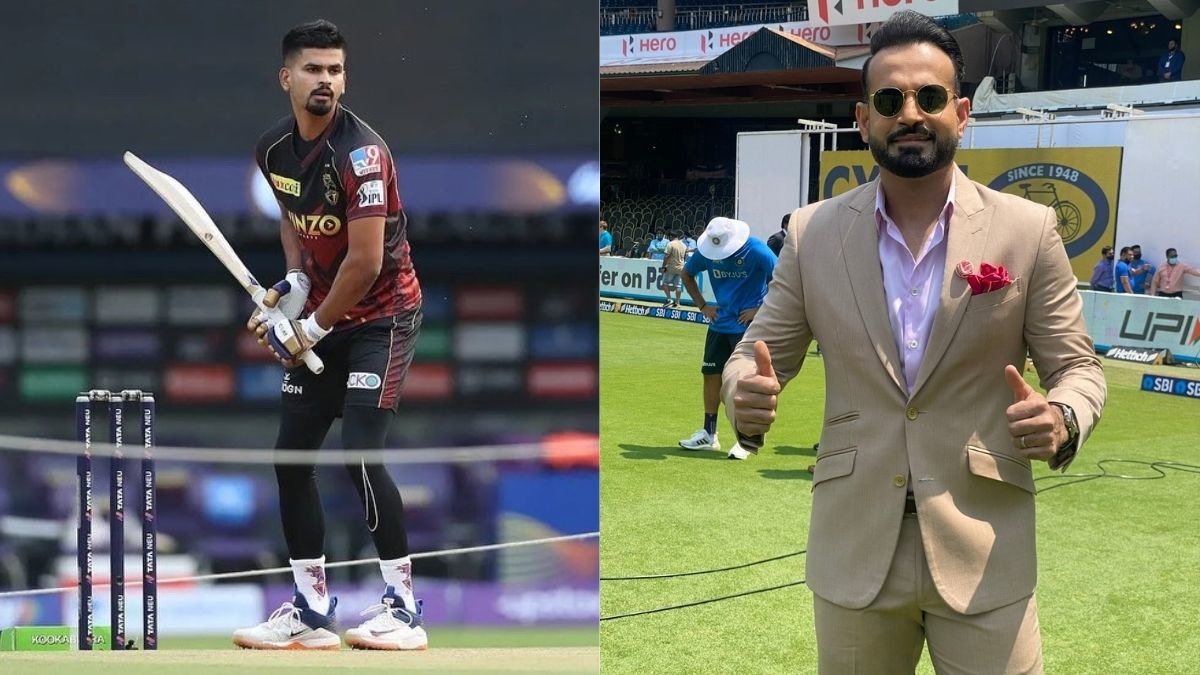 Kolkata Knight Riders (KKR) made amends in the game by beating the Punjab Kings (PBKS) in their most recent assignment, after a victory over the Chennai Super Kings (CSK) and a loss against the Royal Challengers Bangalore (RCB). Irfan Pathan was full of admiration for Shreyas Iyer, who is the captain of Kolkata Knight Riders.

Against PBKS on Friday, Andre Russell produced a fantastic 70*(31) to lead his side to a six-wicket victory at the Wankhede Stadium, just when everything seemed like they were about to fall apart for the Men in Purple. Another important factor in KKR’s victory was Umesh Yadav’s four-wicket haul, which assisted the team in restricting PBKS to a low total on the board.

“It’s particularly amazing considering how young and inexperienced he was when he took over as Delhi’s captain in 2018. He now has the necessary confidence. It’s something he’s begun to do, for example, here, when the game was beginning to fade away early on, Punjab came out extremely well and aggressively from the get-go, and the game turned around. Rajapaksa scored a 9-ball 31. Mavi stepped in and was struck for runs before taking a wicket, and then Iyer brought Varun Chakravarthy in to take over for Umesh. He wanted to push the game even harder against PBKS,” Pathan was reported by Hindustan Times as saying this on Iyer’s captaincy.

A good awareness of how to manipulate the bowlers was acquired by Shreyas Iyer: Irfan Pathan

Pathan was awestruck by the youngster’s leadership abilities during the match against PBKS and lauded him for his methods and game plan. “When he summoned Umesh to bowl in the ninth over, the game turned completely. He got Liam Livingstone out and the game changed forever. He also has an excellent grasp of how to handle the bowlers. He is quite intelligent,” he continued.

To end, Pathan delivered a stunning remark that drew the attention of the whole audience. According to him, the other IPL teams would have a tough time defeating the squad captained by Iyer, as he stated: “KKR seems to be in very strong hands in terms of leadership. This is the squad to beat after Gautam Gambhir and under the leadership of Shreyas Iyer.”