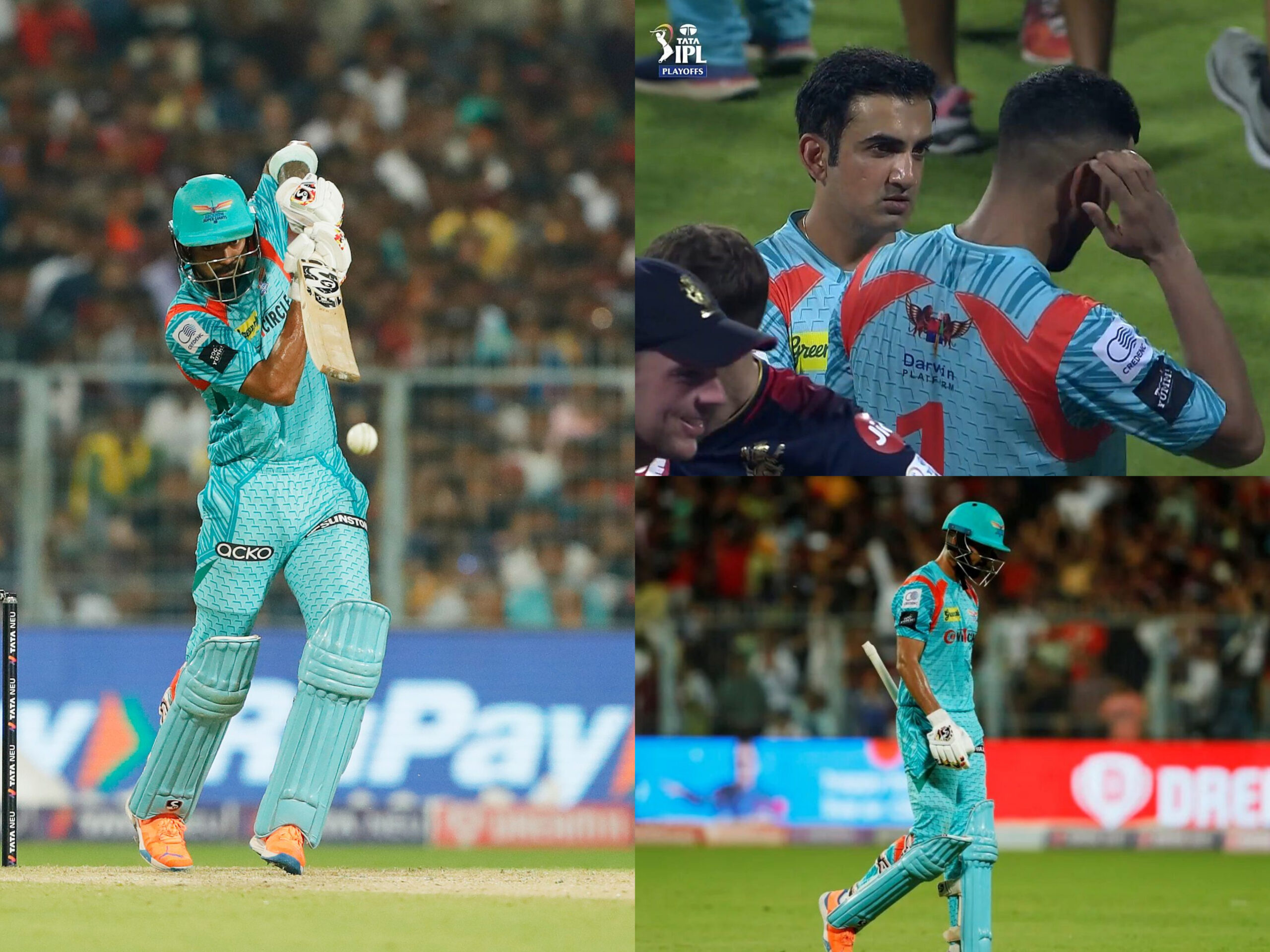 KL Rahul scored a sparkling half-century in the Eliminator of the IPL playoffs, where the Lucknow Super Giants took on the Royal Challengers Bangalore on Wednesday. He hit his fourth half-century of the season, scoring 79 off 58 balls at a strike-rate of 136 hitting three fours and five sixes along the way. LSG managed only 193 in reply to RCB’s 207, losing by 14 runs.

LSG stumbled in their chase, losing Quinton de Kock and Manan Vohra early in the powerplay. They managed 20 runs in the first half, but a 14-run over off Josh Hazlewood as well as Rahul bludgeoning Mohammed Siraj for 17 runs ensured that LSG put on an excellent 62 in their powerplay.

Rahul was 26(17) when the fielding restrictions were removed, but slowed down considerably after that. Only 22 runs came off the next 25 balls he faced, until he brought up his 50 with a divine six off Hazlewood in the 14th over.

LSG needed 33 off the last two overs. Hazlewood stepped up for RCB, delivering a brilliant over that went for only nine runs, and ended with the wicket of Rahul. Only one run came off the bat in the first five balls, along with three wides and a stolen bye. Rahul was feeling the pressure with 28 needed off 8. He tried to scoop

Deepak Hooda and Rahul put together a 96-run partnership off 61 balls. Hooda departed for a brilliant 45(26), and Marcus Stoinis soon followed Rahul has been in sublime for the Lucknow Super Giants this IPL, as he has been consistently over the past five seasons. He is the second highest run-scorer of the season, ending his campaign with 616 runs from 15 innings. He has two centuries and four fifties, and batted at a strike-rate of 135.

RCB’s win ensures that they go through to Qualifier 2, to be played against Rajasthan Royals at Eden Gardens on Friday, May 27. The winner of that game will face the Gujarat Titans in the final on May 29.

LSG fans on Twitter were critical of Rahul’s innings, with many of the opinion that his slow strike-rate in the middle-overs cost their side the game.

These two contrasting innings decided the fate of the game. Didn’t quite understand what KL was doing in the middle overs knocking 1s & 2s. You’ve all the shots but still don’t want to play it? #LSG #IPL2022

KL Rahul has again scored his own runs#IPL2022

Rahul can accelerate and eventually end up with 90 off 57 or something, but this is an extremely risky approach when you are chasing 200+

Because in case gets out before accelerating, then he would've played 45-50 balls for a SR of 115-125 which will eventually cost LSG the game

It might look harsh but KL Rahul played 4 more balls than Rajat Patidar and scored 33 runs less than him. Can't really approach a chase of 10+ rpo like this. You can never make up for the lost deliveries. The same thing happened with Jos Buttler yesterday in 1st inn.#LSGvRCB

Is KL Rahul going to start goong ballistic anytime soon, or is he going to settle for the draw? There’s something seriously wrong with most established Indian batters’ approach #LSGvRCB #IPL2022

‘Patidar baked the cake, Dinesh Karthik adding the icing’ – Twitter thrilled by DK show in Eliminator against LSG
‘Come in clutch just when you think it’s all over’ – Twitter delighted with death-over bowling by Josh Hazlewood