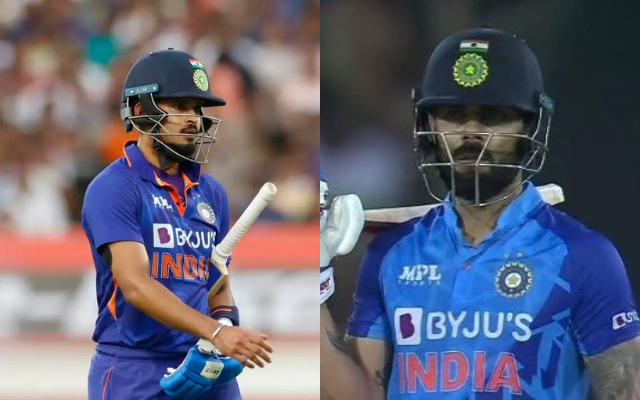 Former Indian skipper Virat Kohli has been rested for the upcoming third T20I against South Africa. The first two games of the T20I series came to a close recently, with India drawing the first blood in the series.

India got the better of Temba Bavuma-led South African national cricket team by 8 wickets in the first game at Greenfield International Stadium, Thiruvananthapuram. After that, they went on to win the second T20I as well.

India somehow defended the total and ended up winning the game by 16 runs at Barsapara Cricket Stadium, Guwahati. Team India already clinched the series by 2-0, with one more game to go.

The dead rubber between Team India and South Africa will go all guns blazing on October 4. The venue of the game is at Holkar Cricket Stadium, Indore. It would be interesting to see how Proteas would approach the dead rubber.

Virat Kohli rested for the third T20I against Proteas

In the latest development, it’s been confirmed that Virat Kohli has been rested for the third and final T20I against South Africa. With India already winning the series, the selectors don’t want to put unnecessary load on Kohli.

As a result, they decided to give the experienced cricketer a much-needed rest. The 34-year-old played one heck of an innings against Proteas in the second T20I in Guwahati.

Kohli chipped in with an unbeaten 49-run-knock off just 28 deliveries. He smashed a flurry of seven boundaries followed by a six. He played the innings at a sensational strike-rate of 175.

India haven’t whitewashed Proteas in a T20I series and they will be looking forward to sweep the visitors under their carpet. Earlier, Rohit Sharma-led Indian cricket team beat Australia by 2-1 in the three-match T20I series.

Virat Kohli has been rested from the 3rd T20i against South Africa.

Knew this was coming as they want to test Iyer too

No problem, the king should go to Aus earlier to get more practice than others to face those extra bouncers as when he will play good, the team will have a good a balance

Why not Rohit Sharma????

Everyone is already rested for ODI series,why do they need more rest?

Why yaar? Should play as many games as possible now, WC is just a couple of weeks away.