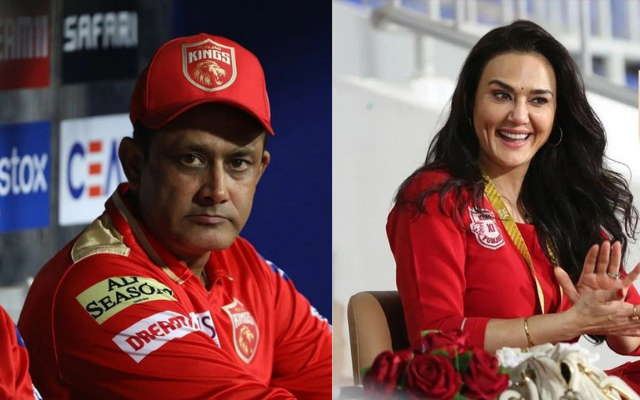 A board that included numerous shareholders, such as the Bollywood actress Preity Zinta, the businessmen Mohit Burman, Ness Wadia, and Karan Paul, and Kings’ chief executive officer Satish Menon, made the decision to fire Kumble. It has been learned that they are looking for a new coach, who will presumably be revealed in the near future.

In the year 2020, Kumble joined the Kings. While he was in charge of the team, they finished in the bottom half of the points table in each of the three seasons of the Indian Premier League (IPL): fifth in both 2020 and 2021 when there were only eight teams in the league, and sixth in 2022 when there were ten teams competing in the tournament.

In the 2020 season of the Indian Premier League, Kumble was the sole Indian head coach. Following his playing career, he began working as a mentor for several IPL teams, the first two of which were Royal Challengers Bangalore and Mumbai Indians. After that, he began working with the Kings, which was the third IPL club he had worked with. This was before he accepted the position as head coach for India for a period of one year in 2016.

Nevertheless, leading the Kings, whether as a player, a coach, or a captain, has never been a simple or straightforward endeavor for anybody. For instance, Kumble was in charge of directing 42 different matches. He had a record of 18 wins, 22 losses, and two ties. That is the second-worst win-loss ratio of any club that has competed in the Indian Premier League since the year 2020, after only Sunrirsers Hyderabad.

One of the initial eight clubs to compete in the Indian Premier League, the Kings (formerly known as Kings XI Punjab) have only qualified for the playoffs twice, with their most recent qualification coming in 2014.

Good for pbks , they got the best team in the competition. Anil sir's old skool methods didn't suited the team. And whenever I saw him as a coach , I observed he was overpowering the captain and other players.

Finally we can get top 4

It won't give them 5th position in points table

This is not done yarr💔💔💔

Should have sacked him a long time ago. Terrible coach.