‘Kohli’s the story of the day, but Glenn Maxwell is MoM for me’ – all-round attack from Maxwell seals RCB win 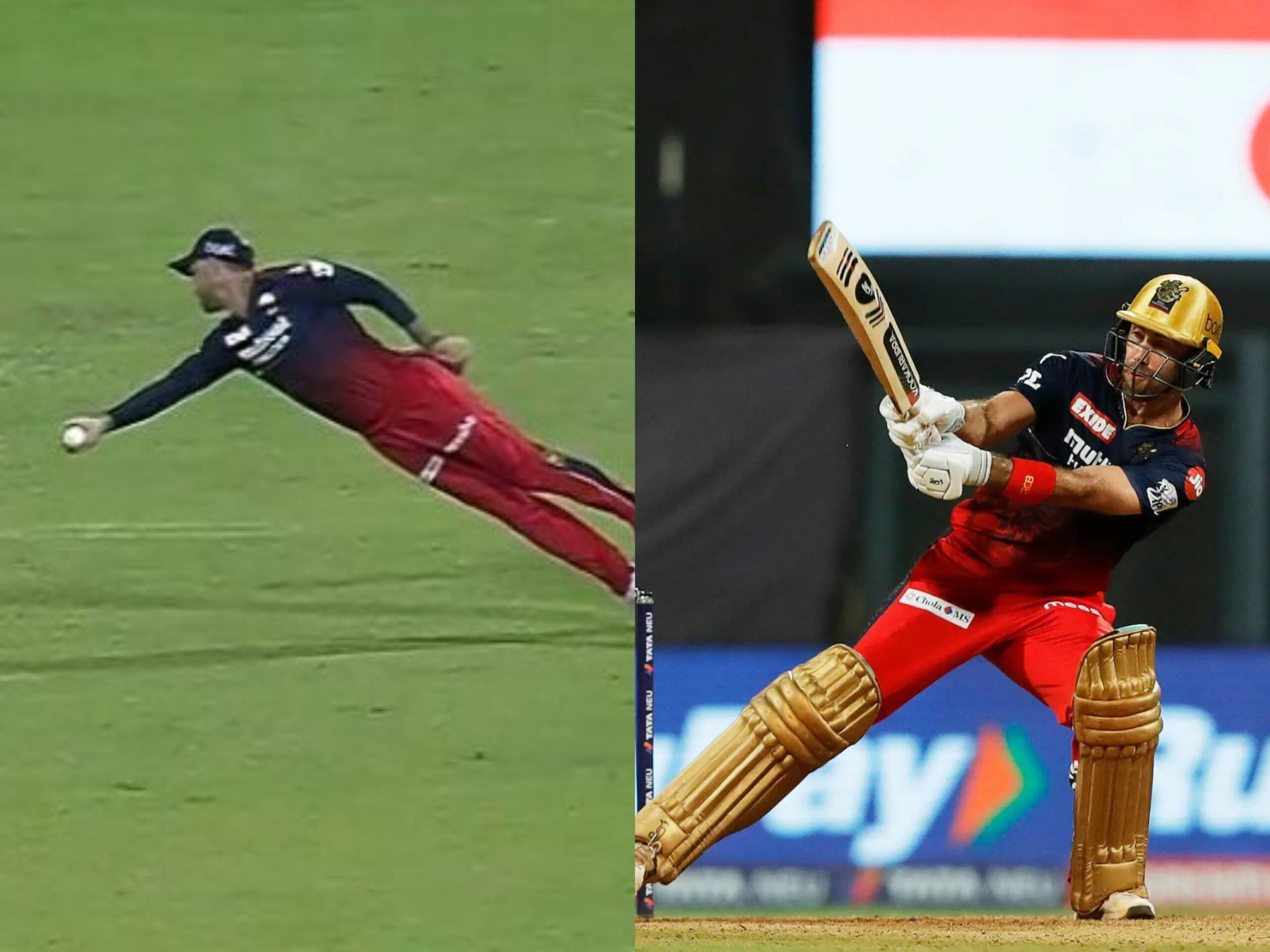 Glenn Maxwell excelled for the Royal Challengers Bangalore during their game against Lucknow Super Giants on Thursday. He took 1-28 with a wicket-maiden in the powerplay as well as a breathtaking catch in the first innings. Then he bulldozed 40 off 18 balls to take RCB home in their chase of 169. They breezed to the target with eight wickets and eight balls in hand.

Maxwell’s catch to remove Shubman Gill in the powerplay is arguably one of the best of the season. A thick edge, courtesy of a length ball from Josh Hazlewood flew low and fast to Maxwell’s right, where he plucked the ball from the air with a full-length sideways dive.

In the last over of the powerplay, Maxwell was introduced to bowl around the wicket to left-handed Matthew Wade. On the third ball he tried length, Wade got one knee to sweep hard but was struck plumb on middle. A controversially overturned review meant that Wade had to walk for 16.

Glenn Maxwell, along with Kohli, Faf star for RCB in crucial win

In the second innings, Maxwell came to bat in the 15th over after RCB’s 115-run opening stand was finally broken. They needed 54 from 33. With no warning, he plastered Hardik Pandya for 17 runs in one over and even managed a six off Rashid Khan, along with sundry boundaries as well. Maxwell struck three boundaries of Lockie Ferguson in the penultimate over to get RCB over the line.

The Australian has 268 runs from 11 innings after he joined the tournament late. He averages nearly 30, and his impact this season is made apparent by his chaotic strikerate of 165.

RCB’s knockout qualification depends on the result between Delhi Capitals and Mumbai Indians on Sunday, the last league match of IPL 2022.

.@Gmaxi_32 does what he does best 🔥 A great win for @RCBTweets tonight. Congratulations on the win 👏 #RCBvGT #IPL2022

Kohli’s return to form is story of the day, but my MoM is Glen Maxwell: brilliant catch to dismiss Gill, important wicket of Wade and a smash-hit knock to seal the win.

Maxwell, just sat in the dressing room, listening to everyone talk about how this would be a tough pitch for new batters

Maxwell should be given MOM batting, bowling and Fielding… But screw logic give MOM to big man Kohli for today.

Maxwell has had an absolutely elite game, 1 for 28 with the ball, plucking one out of thin air at first slip early on and then coming into bat, turning it on with a 40 off 18, striking at 222, fair play man.