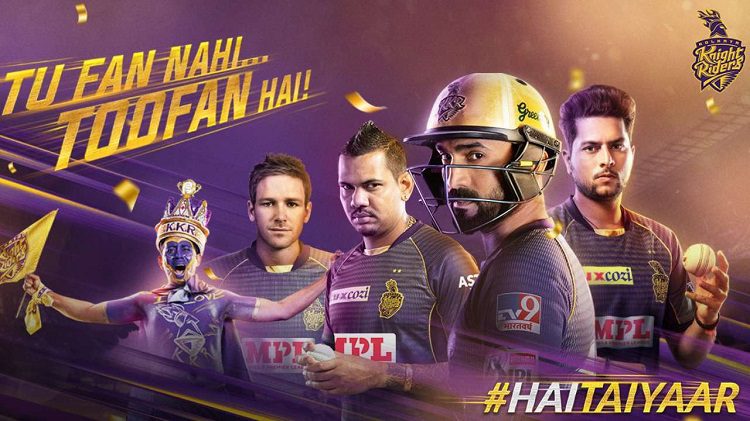 Kolkata Knight Riders are a franchise in the Indian Premier League representing the City of Kolkata. In 2012, they became the champions of the Indian Premier League for the first time defeating the Chennai Super Kings and then later in 2014 by defeating Kings XI Punjab. Check Kolkata Knight Riders Players List 2021, Owner, Captain, Stadium, And Fixtures.

They hold record for longest winning streaks by any Indian team in T20 cricket with 14 wins. The Knight Riders play their home matches in The Eden Gardens. Their leading run scorer is Gautam Gambhir and Sunil Narine is their leading Wicket taker. Eoin Morgan is the current captain of the team and Brendon McCullum is the current coach of the team.

Throughout the Indian Premier League, there have been many changes in the teams. So let’s have a look at the complete list of the Kolkata Knight Riders :

Who is the owner of The Kolkata Knight Riders ?

Who will be the captain of the KKR ?

Which is the Home Stadium of KKR ?

The home venue of the Knight Riders is the iconic Eden Gardens. It is Owned by the Cricket Association of Bengal and has seating capacity of over 90000 people and it was the largest cricket stadium in India. The stadium was renovated for the 2011 Cricket World Cup and it’s capacity was reduced to 68000. The renovated stadium includes a new clubhouse and players’ facilities, upgrading the exterior wall, cladding the existing roof structure with a new metal skin, and general infrastructure improvements.

What is the Fixture for the team Kolkata Knight Riders 2021 ?

Kolkata Knight Riders in early stage of the Championship

This season has not been in favour of The Knight Riders. Winning only 2 out of their 7 Matches, they have only 4 points with a Net Run Rate of -0.494. They will have to win 6 out of their 7 matches to survive in the Tournament.

Pat Cummins will not be continuing the Indian Premier League because of personal reasons and Tim Southee has been called for replacement.

Let’s hope the team overcomes from their bad phase and manage to grab their third trophy and we get to enjoy watching them.

Kolkata Knight Riders Players Salary In 2021, Highest-Paid Players In The KKR Team
How To Watch India Vs Pakistan On DD Sports?