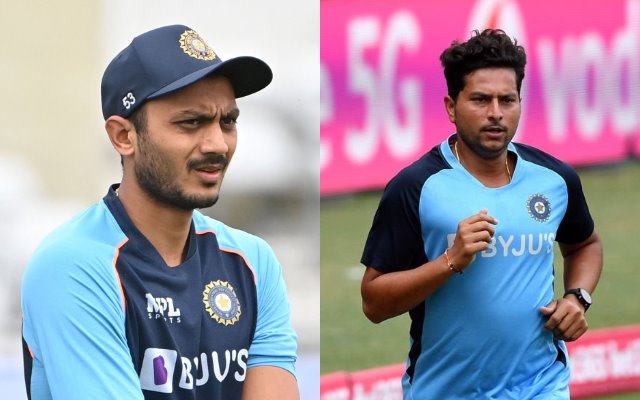 The second match of the Indian Premier League 2022 was played between the Delhi Capitals and the Mumbai Indians, who had won the competition five times. When the dust settled, Delhi had won by four wickets, and if there was one player who had made a remarkable recovery, it was Indian wrist-spinner Kuldeep Yadav, who was acclaimed by everybody for his heroics. With the demons of the past banished, Yadav was able to unleash his full potential in DC’s season-opening match, taking three wickets and giving just 18 runs in four overs.

In the same context, another spinner, Axar Patel, stepped up to speak about Kuldeep’s achievements and to say that the wrist-spinner felt safe in the DC camp. Yadav believes that he will be able to participate in games, which was not the case for him during the previous two seasons of the IPL, according to Patel.

“It’s all about having the right frame of mind. He was having difficulties in the IPL since his position in KKR had not been assured. He was unsure if he would be able to participate in all of their matches,”Axar Patel remarked after the DC versus MI match, according to India Today.

“However, he has gained confidence in his ability to play matches since being in this camp. It is easier to perform at your peak when you know your position is safe, rather than when you are under pressure to perform in two matches or risk being fired from the squad,” he said.

It’s vital to note that Kuldeep Yadav hasn’t had a lot of memorable moments in the previous two seasons, as he didn’t play even a single game for Kolkata Knight Riders in 2021, and had to leave KKR. In contrast, he only played five games in the IPL 2020 season, and Varun Chakravarthy was favoured above him in KKR’s overall strategy.

UP spinner Kuldeep Yadav was selected by Delhi Capitals in this year’s IPL mega auction, and Patel finished by stating that Yadav is getting all of the assistance that he may need to be at his peak performance. Patel claimed that even when the team is in the nets, players and head coach Ricky Ponting help to keep his spirits up.

‘Daniel Sams should not have bowled the 18th over’ – Aakash Chopra talks about MI’s loss
WATCH: Nicholas Pooran wins free dinner from Umran Malik in training