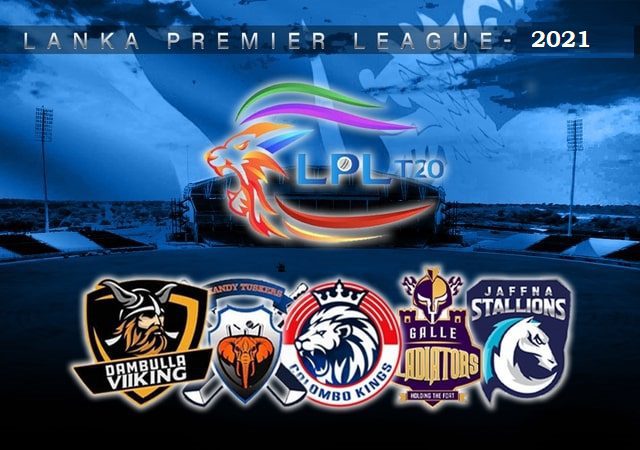 The SLPL stands for Sri Lanka Premier League. It is a professional Twenty-20 cricket tournament played in Sri Lanka and was deliberated to be the leading Twenty-20 tournament in the country. It was kept by Sri Lanka Cricket when it was reintegrated into the Inter-Provincial Twenty20 league. After the 2011 series got rescheduled, the first series was held in the year 2012. The 2013 and 2014 season was aborted due to operational issues and shortfall of funding. Check Here Lanka Premier League 2021 Teams Squad.

The Lanka Premier League 2021 is the second version of the Lanka Premier League Twenty-20 authorized cricket in Sri Lanka. It organized to be held from 30th July till 22nd August 2021. There will be no new squads in LPL 2021 and will proceed with the existent five teams which are Colombo Kings, Dambulla Viiking, Galle Gladiators, Jaffna Stallions and Kandy Tuskers.

Let’s have a view of all the team squads: