Lazio Vs Milan, Betting Predictions; Where To Watch? 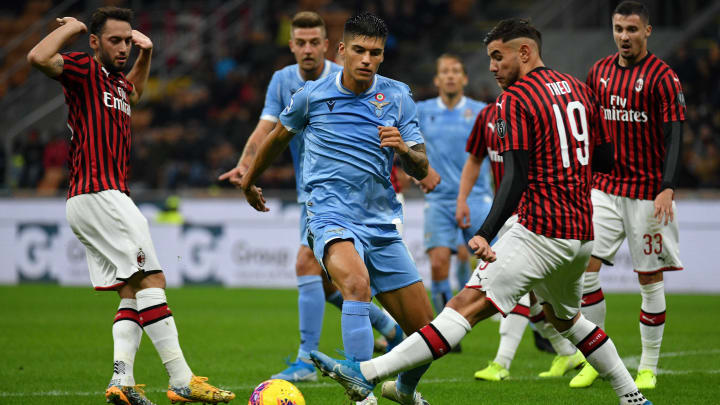 Lazio vs Milan: Where to watch?

Maurizio Sarri has been dealing with an illness epidemic in the Lazio camp over the last week, which has prevented some of his first-choice players from training ahead of Sunday’s match. As a result of their muscle ailments, Patric and Pedro are both anticipated to miss the match. Despite flu-like symptoms, other team players such as Sergej Milinkovic-Savic, Danilo Cataldi, Stefan Radu, Adam Marusic, and backup goalkeeper Pepe Reina remain hopeful of playing.

Ciro Immobile, seems to have been untouched by the virus and has previously scored seven goals in 14 Serie A meetings against his former club. With Lazio, he will start as part of a familiar attacking trident, and he has a chance to become only the fourth player in the top five European leagues (behind Lionel Messi, Cristiano Ronaldo, and Robert Lewandowski) to score more than twenty-five goals in three or more seasons since the 2016-17 season.

Simon Kjaer and Zlatan Ibrahimovic remain out for Milan, while Alessandro Florenzi is a huge doubt. Ante Rebic, on the other hand, has returned to training and might make his presence off the bench if Stefano Pioli generally sticks with the team that lost to Inter. There are just two players who have a chance of breaking into the starting XI: Brahim Diaz and Junior Messias.

Given that there is nothing to differentiate between Milan and Lazio, goals may be at a premium in this match. Despite being under more severe strain than their Roman opponents, the Rossoneri are susceptible to a breakdown at any stage, which would have major ramifications for their hopes of winning the Scudetto.