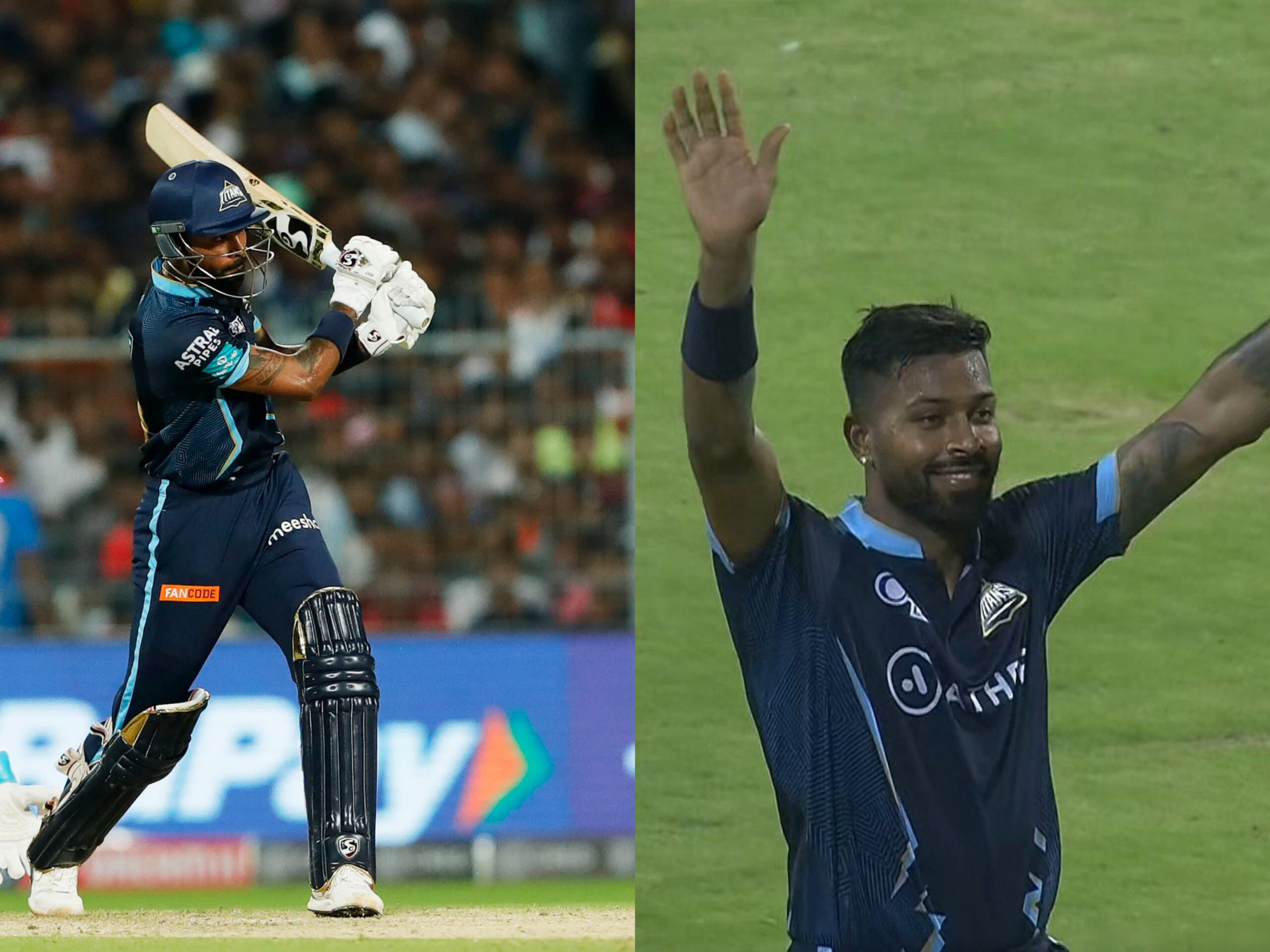 Hardik Pandya turned in a calm performance under pressure in the Gujarat Titans’ game against Rajasthan Royals, the first Qualifier of the IPL layoffs. He took 1-14 in the first innings, then scored an unbeaten 40 off 27 at a S.R. of 147 in the Titans’ chase of 189. Hardik’s unbeaten partnership with David Miller took them past the Royals to a 7-wicket victory with three balls remaining, and through to their first ever IPL final in their debut season.

Hardik and David Miller put together an undefeated 106-run partnership off 61 at an run-rate of 10.42. He showed intent from the moment he arrived, cracking his first ball for four off Obed McCoy. Then Matthew Wade fell for 30 to a memorable catch by Jos Buttler at the long-on boundary, bringing Miller to the strike. After that Hardik proceeded to slam two more fours off an over that bled for 18 runs.

He raced to 32 off 17, taking the pressure off Miller, who was 10(14) before striking R Ashwin for his first boundary of the match in the fourtheenth over. After that the Hardik show ended and the Miller one began. Only 8 more runs came off the next 9 balls faced by Hardik – but he’d accomplished his task, keeping the run-rate moving with a flurry of runs at the start to allow Miller the few balls he needed before exploding.

The GT skipper has been tremendous this season, his game stepping up to meet his new role as a leader. Hardik is the highest run-scorer for the Titans this season with 453 from 14 innings, and 11th on the list for the Orange Cap. Miller is not far behind with 449, but he has also batted one innings more than Hardik, who was laid off with a groin injury against the Chennai Super Kings in the first half of the season.

Hardik has hit four fifties this season and averages 45 while batting at a strikerate of 132. He has also bowled in nine of those innings, sending down 26 overs in total. So far he has five wickets, and operated at a moderate e.r. of 7.7.

Rajasthan Royals have another shot at facing the Titans in the final at their home venue, the Narendra Modi Stadium in Ahmedabad, Gujarat. They will take on the winner of Eliminator 1, to be played between Royal Challengers Bangalore and Lucknow Super Giants on May 25 at Eden Gardens, Kolkata.

GT fans on Twitter with delighted with the skipper stepping up his side in their first every playoff.

I have always liked @hardikpandya7 ! There is this honesty about him which makes him a good leader. His self confidence is endearing too ! Well done @gujarat_titans 👏🏻

The way Hardik and Samson have conducted themselves as captains has been impressive. Maybe because they aren't 30-ball settlers, their understanding of the format has also been better than an average high-level player.

I've long felt Hardik Pandya should bat in the top 5 – it's been really cool to see him display another side to his batting.

To do so after returning from an injury and captaining a new side, despite not having significant leadership experience – outstanding stuff.

Hardik Pandya and his confidence has to be a major factor for Gujarat’s success. The way he has handled the crunch situations is just amazing. What a player !!! Already visualising Team India winning trophies under him. #HardikPandya

‘Ashwin rates Riyan Parag below himself as a batter’ – funny Twitter reactions to the Parag-Ashwin run-out
‘Unsold in first round of auction, now takes GT to final’ – Twitter celebrates David Miller fifty in Qualifier 1